The Anti-Corruption Commission (ACC) and the Human Rights Commission of Sierra Leone (HRC-SL) have on Wednesday 26th February, 2020, signed a Memorandum of Understanding (MoU) aimed at strengthening partnership and collaboration between the two institutions.

The historic event took place at the Conference Room of the ACC Head Office in Freetown.

The Deputy Commissioner of the ACC, Augustine Foday-Ngobie, expressed delight at the signing of the MoU, which he described as a major step forward for the fight against corruption and the promotion of the dignity of every Sierra Leonean. He said the MoU will enhance smooth partnership between the two institutions to do the work for which they are mandated to do. He assured that, the ACC will do its best to execute its duties in the interest of the people of Sierra Leone.

The Chairperson of the Human Rights Commission of Sierra Leone, Patricia N. Ndanema, while making a brief statement, said the MoU is a commitment made by HRC-SL to the African Commission on Human and Peoples Rights and therefore expressed gratitude to the ACC for agreeing to the partnership.

Mrs. Nandema said her Commission can play a major role in helping the ACC in the fight against corruption, a fight, she said, the ACC cannot do alone. She commended the ACC for the good work they are doing to ensure that corruption is eradicated in Sierra Leone. Mrs. Ndanema added that she is optimistic that the partnership will help the two institutions produce more fruitful results for the people of Sierra Leone.

Earlier, the Director of Public Education and Outreach Department at ACC Patrick Sandi thanked everyone for gracing the event, adding that the signing of the MoU could not have happened at a better time. He said that the MoU will serve as a guide for areas of engagement, partnership and collaboration between the two institutions.

The reading of the citation of the MoU was done by the Public Relations Officer of the ACC, Margaret Murray. 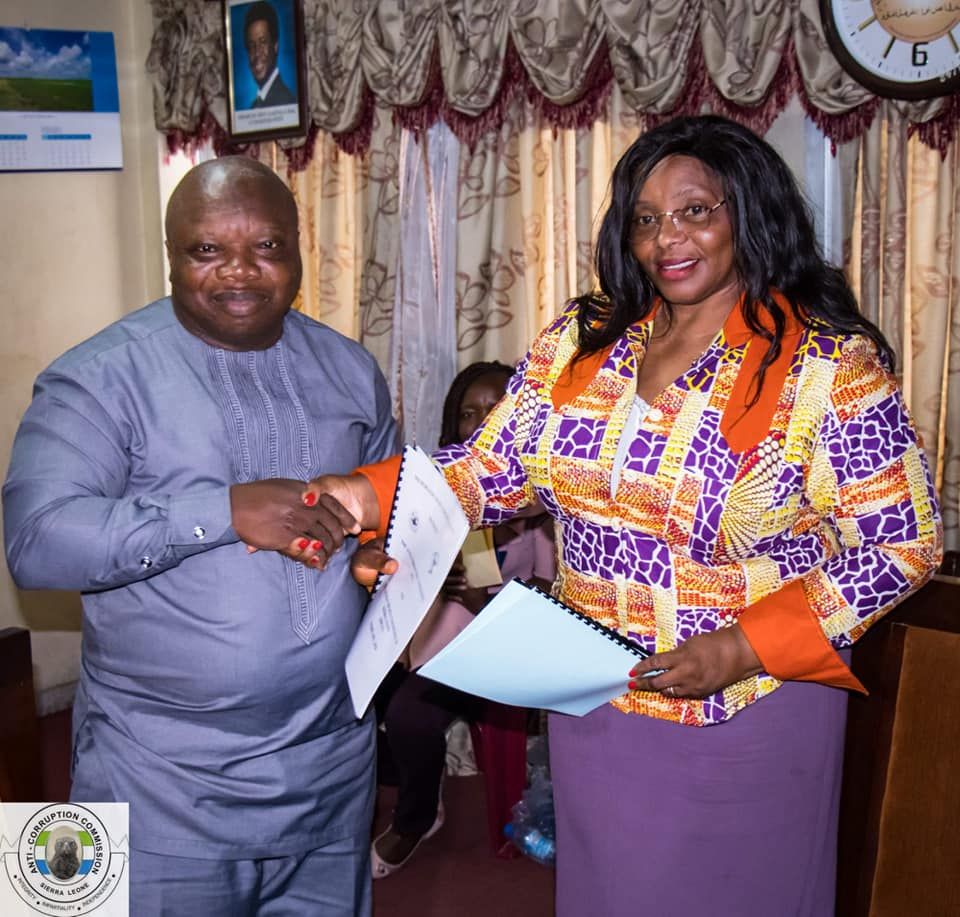 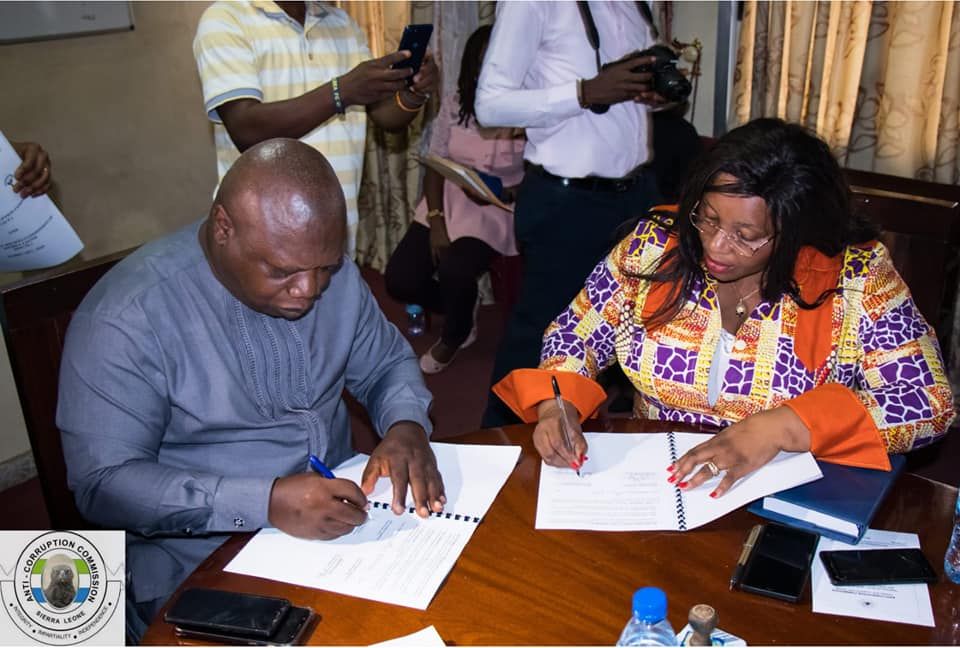