The Anti-Corruption Commission (ACC) and the Ministry of Health and Sanitation have signed a Memorandum of Understanding (MoU) geared towards strengthening collaboration between the two institutions in order to fight against corruption and other healthcare delivery challenges in the health sector.

Speaking at the ceremony, the Commissioner of the ACC Francis Ben Kaifala Esq, said since health issues took prominence in Sierra Leone, a lot of resources have been committed to the sector. He said it is however sad that the sector has been rated as one of the most corrupt in successive corruption perception surveys conducted in the country. We should not have such an important sector with such an anomaly hanging over it, he said.

The ACC Commissioner said the Commission had committed so much energy in the past in addressing corruption issues in the sector, using a multi-faceted approach, which includes building systems of healthcare institutions, customized public education engagements with health workers and investigating and prosecuting individuals engaged in acts of corruption. But I think the most important progress to make now is to change the sector for the better, he said.

The Commissioner said that there is need for the two institutions to pay attention to key challenges in the sector, including the supply chain management of drugs and other healthcare products, in a bid to enhance the wellbeing of citizens. An unhealthy citizenry will not enjoy the economic benefits of the country, he said, noting that there is need for the ACC and the Ministry to partner to sanitize the health sector.  A healthcare delivery system has to be well organized, well coordinated and have a degree of accountability that will ensure that citizens benefit from a system that is in place to take care of their health", the ACC Commissioner added.

This MoU, Mr Kaifala said, is therefore to create a framework for information sharing and to strengthen the work of the two institutions.

In his statement, the Minister of Health and Sanitation Dr Austin Demby, said there are incredible people working in the health sector to save lives. He said however that all hands must be on deck to ensure that the sector is able to rid itself of fraud, waste and abuse.

Healthcare workers need to know the consequences of their actions, that is why we must build systems and networks that would sanitize the sector, Dr Demby said.

The Minister said that the provision of quality healthcare services is one of the priority areas of the Government, adding that the Government has dedicated 12% of GDP to develop healthcare infrastructure and capacitate health workers so they can in turn do their work diligently and save lives.

According to the citation of the MoU, read by the Public Relations Officer of the ACC Margaret Murray, the two institutions have committed themselves to partner and share information critical to the work of each other. They would also conduct joint awareness raising programmes and provide support and assistance with the objective of strengthening the fight against corruption and providing improved healthcare services. 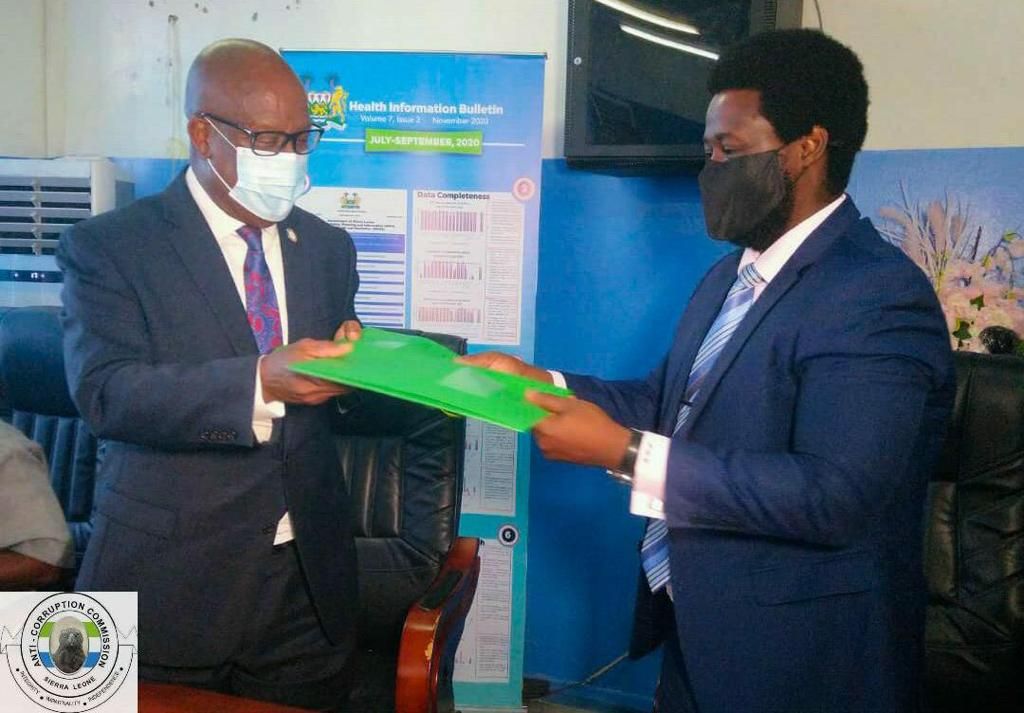 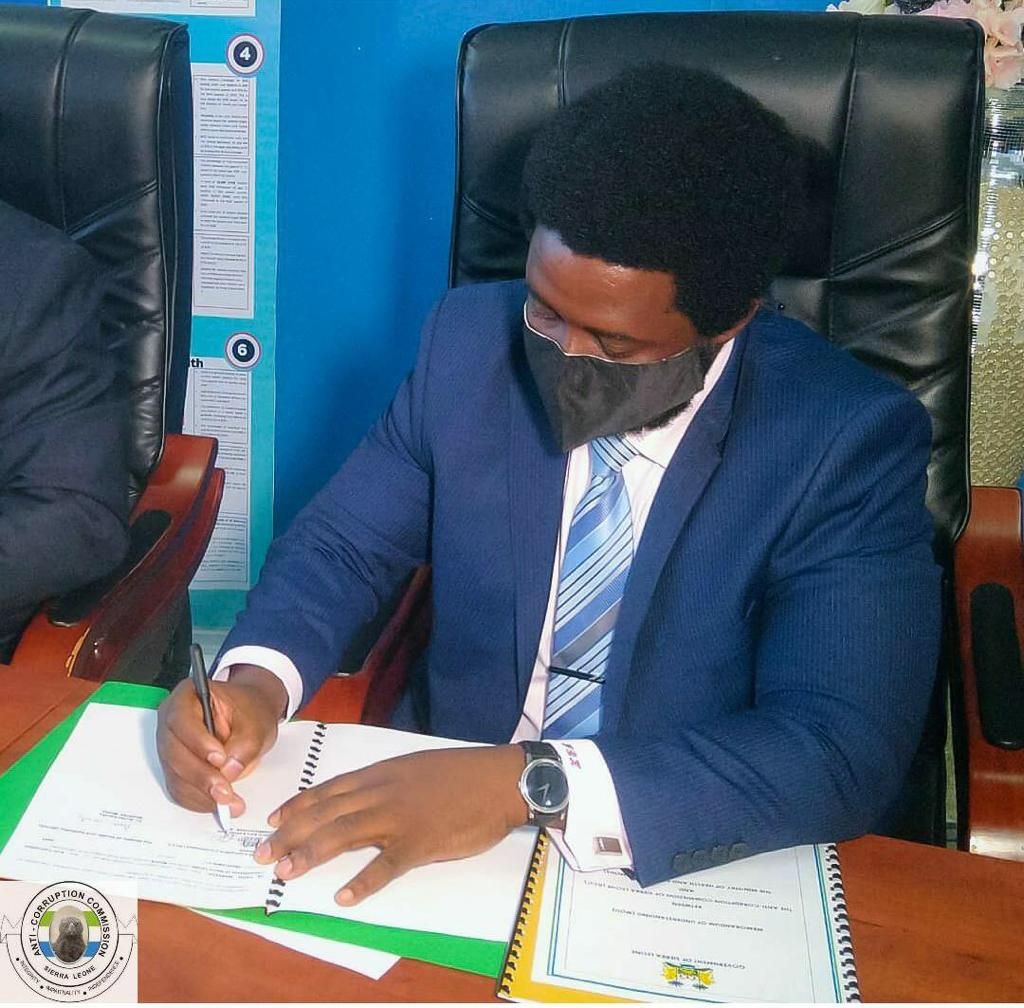 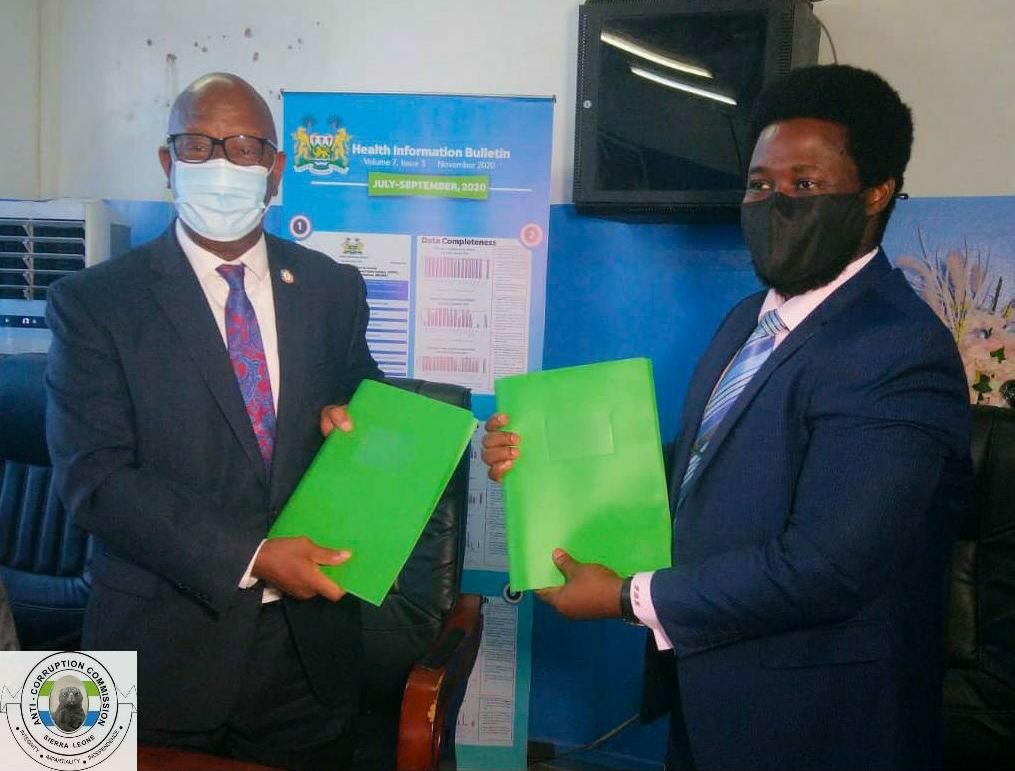