The Commonwealth Africa Summit is an assemblage of government and business leaders from the Commonwealth and allies, constituting a yearly high level, multi-stakeholder event with the aim of facilitating dialogue and action on key and relevant issues ranging from trade and investment, entrepreneurship and job creation, economic development, security and counter terrorism, energy and power, amongst other relevant issues in Africa.

The 2020 Summit was held under the theme "Moving Forward: Stronger. Valuable."

Receiving news of the award, Commissioner of the ACC, Francis Ben Kaifala Esq. expressed his gratitude for such an honor, adding that, it is all thanks to God Almighty and the President, His Excellency, Dr. Julius Maada Bio, who reposed great confidence in his leadership and appointed him to a position that has made Africa and the entire globe to follow the work of the ACC and recognize its continued success.

This recent recognition of the Commission by the Commonwealth is a further testament to Sierra Leone's highest ever ranking in the recent Transparency International’s Global Corruption Ranking, which  saw the country move from 129 in 2018, to 119 out of 180 countries surveyed in 2019- moving ten (10) places upwards. 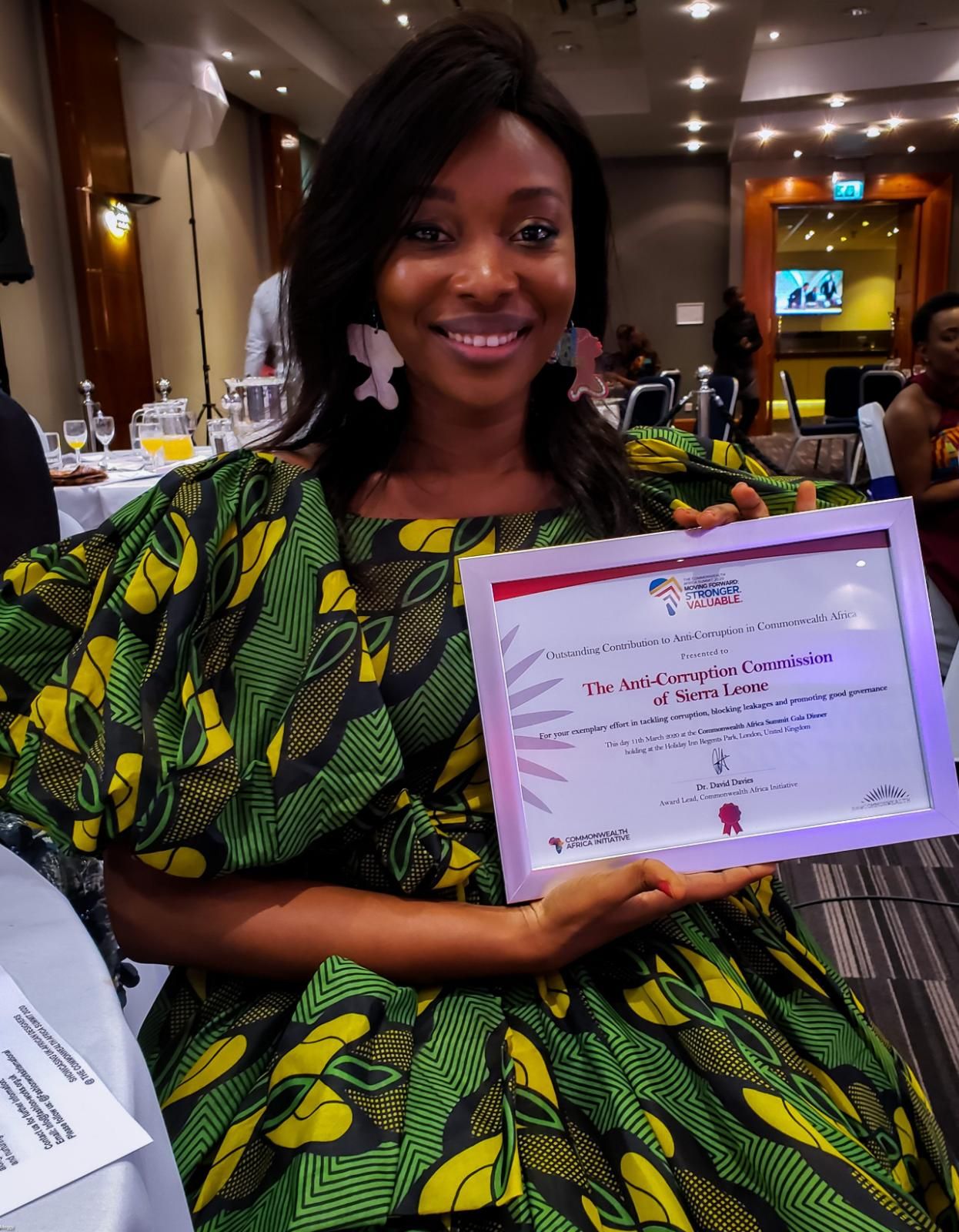