ACC BOSS GIVES HOPE TO THE PEOPLE OF KARENE DISTRICT

The Commissioner of the Anti-Corruption Commission in Sierra Leone Francis Ben Kaifala Esq has assured the people of Karene district that he is determined to swiftly respond to corruption matters emanating from the district emphasizing that they stand to benefit if they are sincere and determined to support the ACC.

The ACC Commissioner was speaking at the jam packed Kamakewi Community hall on Friday 12th March 2021 during his unprecedented and maiden visit to Kamakwie. The meeting which was part of his "Meet the people" tour created a platform for public officers, local authorities and residents to voice their views and perception on the fight against graft and to also bring to light critical issues pertaining to the fight against corruption in Karene district.

Delivering his keynote address, Commissioner Francis Ben Kaifala Esq thanked the people of Kamakwie for the warm welcome received and expressed delight to take the fight to the people in unserved and underserved localities across the country. The ACC Czar said the fight against corruption is for the wellbeing of Sierra Leone and therefore requires the citizenry support and embrace. He added that society's inadequacies like poor health system, deplorable road network and the absence of other social amenities will be addressed with a firm resolve to fight against the prevalence of corruption. He told the people of Kamakwie that politics shouldn't be part of the fight and they must own and take the fight seriously.

In the last three years, he said, the country has taken serious steps and has made significant strides in going after the corrupt and in addressing corruption vulnerabilities across all sectors. Giving an indication on progress made in international rankings, Commissioner Ben Kaifala said Sierra Leone now stands at 117 out of 180 countries surveyed, leading 31 countries in Africa in the fight against corruption, according to the Transparency International Corruption Perception Index 2020. He pointed out that corruption prevalence in Sierra Leone in 2017 was at 70%, but has considerably reduced to 40% in 2020, according to the Afro Barometer Report published by the Institute for Governance Reform in 2020. “This is undeniable fact that we are making progress and on the right track to winning the fight against corruption," he said. He also informed the people of Kamakwie that as a country we have been able to perform excellently in the Millennium Challenge Corporation score card with a pass of 71 percent in 2018, 79% in 2019 and 81% in 2020, which has made Sierra Leone Compact eligible for a Grant of Four Hundred Million United States Dollars.

As a way of making the fight fierce, but also fair, with thievery and pilfering of state funds unfashionable, the ACC Boss said the non-conviction based asset recovery approach was significantly used to recover stolen public funds to the tune of Thirty Billion Leones. "We do not only want to jail them, we also want to recover our monies," he emphasized.

Introducing the Commissioner, the Regional Manager Al-Hassan Sesay said Commissioner Francis Ben Kaifala's leadership has been exceptional and has given the ACC international recognition in terms of leading the fight against graft. Giving a statement, the Chairman of the Karene District Council John Dito Kamara thanked the Commissioner for taking a laudable move to visiting the people of Karene adding that the visit has now given an indication of hope for development and other goodies that will follow. He informed all that prior to the Commissioner's visit, the regional office has been engaging public officers and Community stakeholders on various issues in the fight against graft and also registered his support to the fight.

Civil society representative, Appolus Umaru Dumbuya acknowledged the astute leadership of the Commissioner in the last three years and stated that as CSOs, they will continue to raise the awareness on issues bordering on the welfare and wellbeing of the people and to always remind public officers of their roles to addressing those issues. Duramany Boima representing the media also shared similar sentiments and the need to avail the people with the right information that will help them make informed decisions. Both pledged their support to the fight against corruption.

Questions and Answers sessions formed part of the engagement. 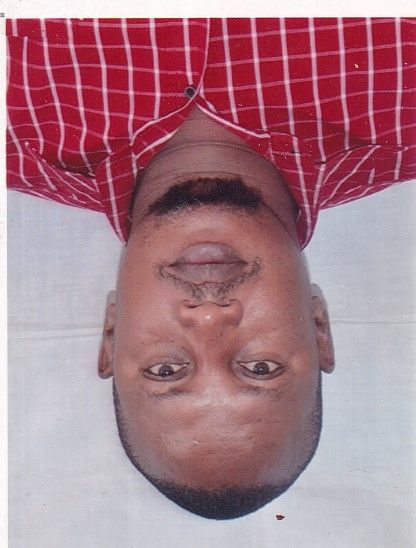