The Anti-Corruption Commission (ACC) in partnership with the Center for Accountability and the Rule of Law (CARL) has commemorated this Year’s (2021) International Anti-Corruption Day, with a National Women’s Conference on the theme: Women taking Center Stage in the fight against Corruption

This event which was held at the Freetown City Auditorium, Wallace Johnson Street, Freetown, on 9th December, 2021 brought together two hundred and fifty women (250) from different spheres of society to rekindle their hopes, register their support and take ownership of the fight against corruption.

Making a statement, the British High Commissioner to Sierra Leone, Her Excellency Lisa Chesney MBE, noted that the brunt of corruption is gravely felt by the poor who are left marginalized in many ways and locked in abject penury. She furthered it is a vice that undermines public services and the institutions of justice. In all of this, she said women and girls are affected in a more and extremely profound ways. “Corruption permeates sexual abuse, educational outcomes and maternal Health. We therefore must empower women and girls to speak up and say no to corruption”, she averred.

She further stated that no country can develop when half of its population are left behind. It is in this regard that women must have the enabling environment and where they are better represented, such will provide the impetus for society to be fairer, more peaceful, and less corrupt. “We must therefore encourage greater female participation in those bodies (governmental), by empowering the voices of the people that are already there and encourage new voices", she added.

Commissioner of the ACC, Francis Ben Kaifala Esq. in his submission asserted that women constitute more than half of the population and they must be provided the platform to express themselves as they have the wits to initiate progress. He also stated that at the ACC he has provided the amplitude for deserving women to realize and maximize their potential. As such, in 2019 through the Affirmative Action, he promoted 80 percent of female staff in the Commission. His successes in his tenure thus far, has been largely with the contribution of women. He said of the Five (5) Regional offices of the ACC, two of them; Makeni and Kono are women, and the Directors of Human Resource and Intelligence and Investigations Departments are women. "When l came to the ACC, it was very traumatic for me. We had only one female Director. Even at the intermediate level, there was hardly any female staff that could be promoted", he stated.

The Executive Director, Center for Accountability and the Rule of Law (CARL), Ibrahim Tommy Esq. noted that the fight against corruption has been very tough with many challenges, but there has been huge successes in the collective strides of the Commission and its partners to reduce corruption to the barest minimum. He also said that the IAC Day is a period to reflect on the progress made, and the many challenges confronting the fight against corruption in the country.

Mr. Tommy encouraged all present, especially women and girls to commit themselves to the fight. "Our data in all the years we have monitored ACC cases in court show that over 95 percent of corruption cases are perpetrated by men", Mr. Tommy added while maintaining that women as primary caregivers are the ones requiring access to public services and gravely deprived by endemic corruption.

On behalf of her peers, Sia F. Musa pupil of the Vine Memorial Secondary School, Freetown and a member of the Commission's Integrity School Club made a statement with emphasis on maintaining and upholding the values of integrity in society. She stated that in places like the school setting, desperation is what makes girls yield to certain pressures and engage in corrupt activities that will have grave implications on them. Sia implored for more enabling environment to be provided for women to participate in the fight against corruption, as they bear the greatest brunt of corruption.

The Keynote Speaker of the event, Honorable Justice Fatmata Bintu Alhadi-Justice of the Appeals Court in her address maintained that corresponding reports from institutions like United Nations Office on Drugs and Crimes (UNDOC) suggests that women are disproportionately affected by the scourge-corruption than men. In this regard, she stressed on the importance of women's involvement in the fight against corruption. "Empowered women, who could participate in decision-making, are normally powerful actors contributing to the fight against corruption" she emphasized.

The event had a panel discussion with eminent speakers such as; Hon. Veronica Sesay, Dr. Sylvia Olayinka Blyden OOR, Hawa Samai and Nicky Spencer Coker Esq. serving as the Moderator.

The Women's Conference was climaxed by the showcasing of the three top winners; Godefrina Favour Kamara, Priscillia Gborie and Alusine G. Kamara, emerging first, second and third respectively, in the just concluded National Anti-Corruption Creative Competition with a Star Prize of 50 Million Leones. 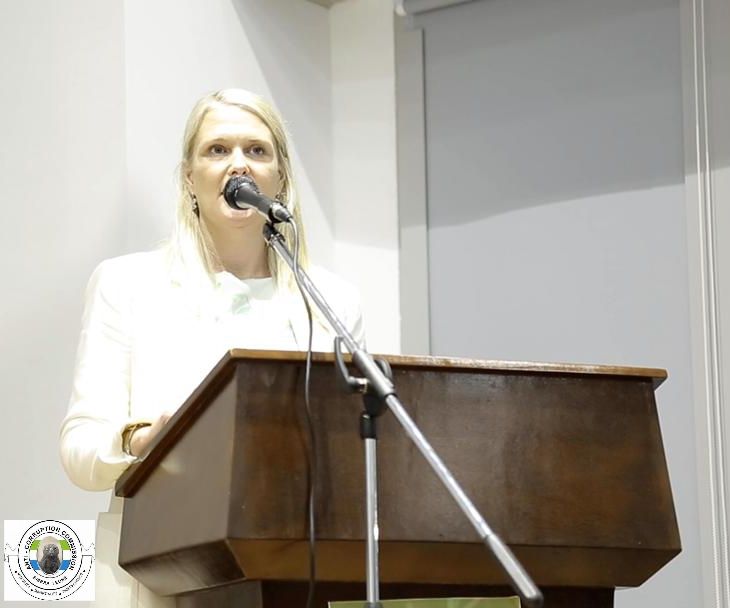 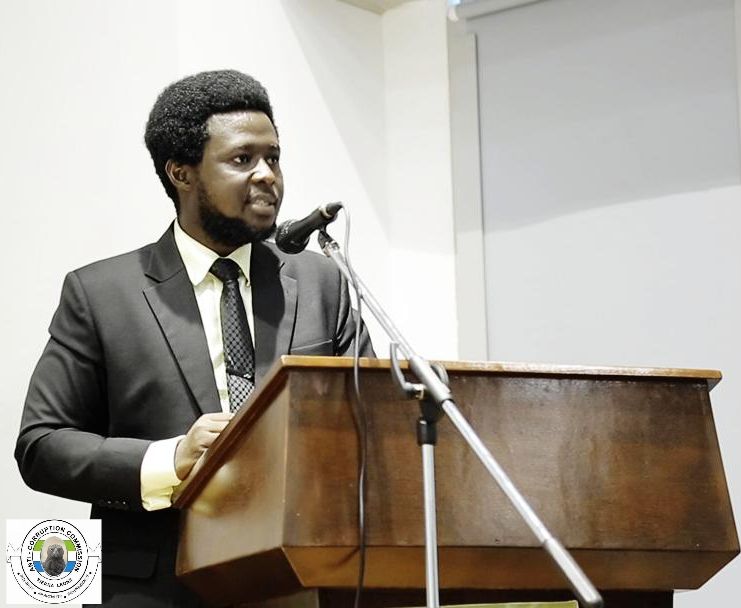 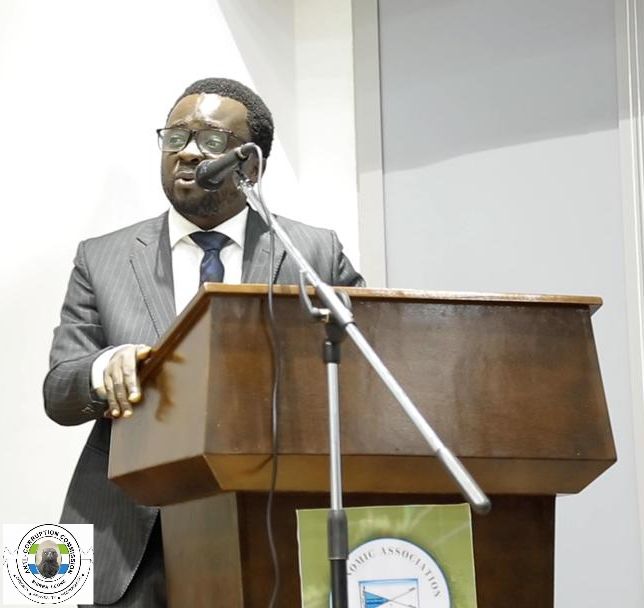 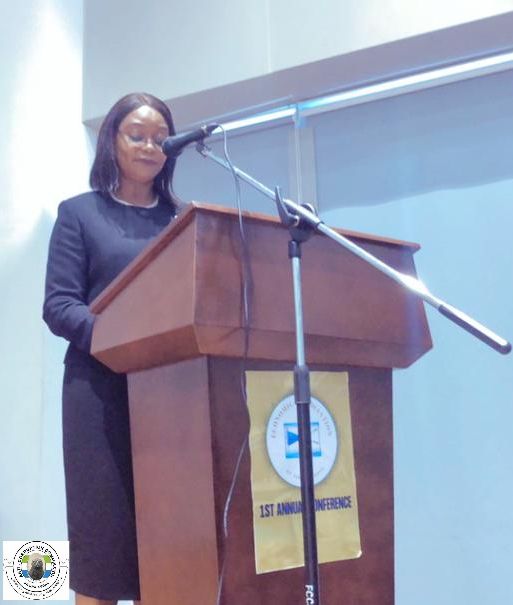 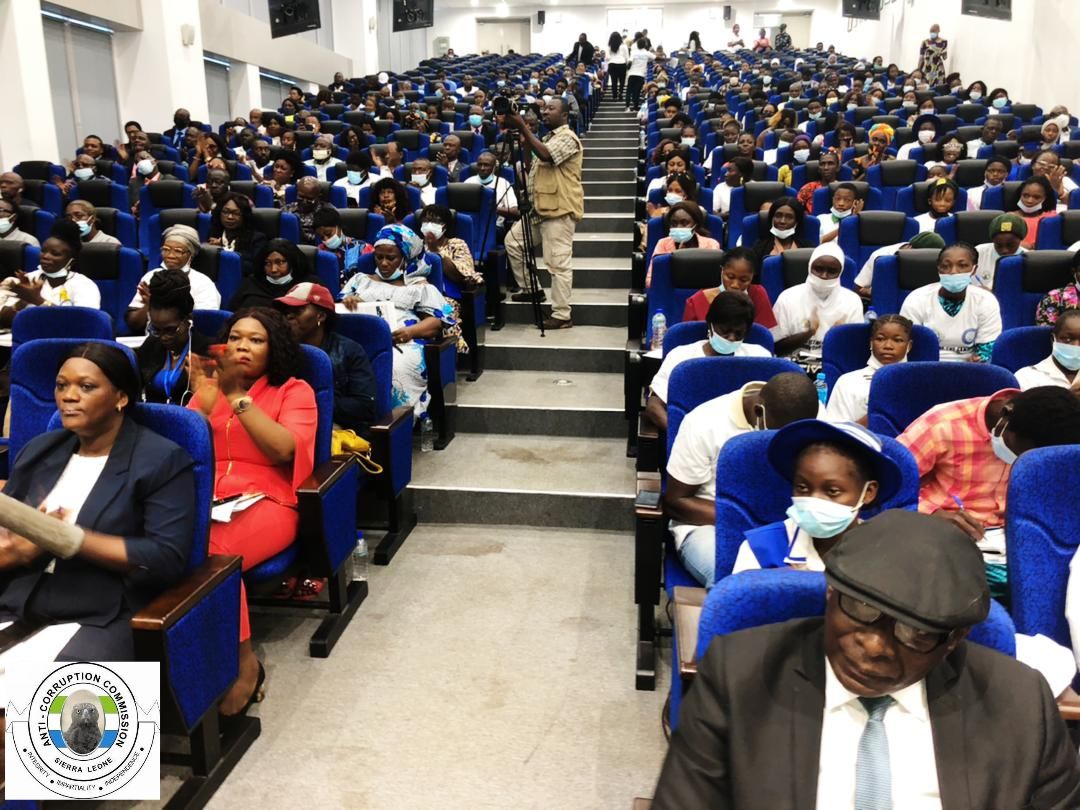