The Commissioner of the Anti-Corruption Commission (ACC) Francis Ben Kaifala Esq. has, on 27th August, 2022, in a very passionate tone, at the Auditorium of the Ernest Bai Koroma University of Science and Technology (EBKUST) in Makeni, encouraged the youths of Makeni to inculcate and own the principle of a South African word “Ubuntu”, meaning togetherness.

This focus of his Keynote Address, the Commissioner disclosed was necessitated by the Pledge of Youth Build Sierra Leone, which past and present students recited; “We the members of YouthBuild Sierra Leone pledge to work together”, which obviously means that, as youths they must ‘work together’.

Francis Ben Kaifala Esq. had been invited by Youth Build Sierra Leone to deliver the Keynote Address, on the Foundation Day of the Institution which coincidentally was the International Day of Youths, August, 12 2022, on the topic: "Youth Involvement in The Fight Against Corruption for The Attainment of Intergenerational Solidarity for The Creation of a World for All Ages" at the Ernest Bai Koroma University of Science and Technology (EBKUST) Hall, Makeni, but could not hold at that time, due to the events of August 10.

The ACC Boss thanked Youth Build Sierra Leone for its contributions to national development by engaging in various community and people-centered activities like cleaning exercises, in a bid to keeping the environment clean and healthy.

Emphasizing on the significance of the South African Principle of “Ubuntu” which preaches unity and the spirit of togetherness among people, Commissioner Kaifala further noted that Sierra Leoneans must believe in this saying also “I am, because we are” and I am, because you are”. He called on the youths of Makeni to continue cultivating the spirit of unity in working together without recourse to regional, ethnic, partisan or other inclinations-we are all Sierra Leoneans. In order to live together, there are certain values that we should hold constant, Francis Ben Kaifala observed, which are; Love, Respect, Acceptance, Sharing, Co-responsibility and Social Justice.

He furthered that we must imbibe a deep sense and culture of acceptance, as no one is responsible for being born a Fula, Mende, Kissi, Loko, Krio, Temne, Limba etc. I am called Francis. I was given that name by my parents because they are Catholic Christians. Did I have control over it? No, Commissioner underscored. He admonished the youths that, “while we cannot change many things in our lives like the name one carries, the tribe they are born into and other  natural structures and geographies, we can stay together in peace with respect,  and progress, and that is the spirit of UBUNTU”.

While noting the sad happenings in the country on the 10th August, 2022, which cost many lives including those of young people, Commissioner Kaifala pleaded with the youths to value themselves above the selfish tendencies of politicians which he said has always been to misuse them. “We must direct our daily lives to purposes that will bring us dignity which further attract respect”, he urged them.

The Commissioner registered his happiness for the youths of Youth Build Sierra Leone, whom he said has demonstrated that one does not need to be a Lawyer, an Accountant or Medical Doctor to succeed. The abilities and capacities he has seen demonstrated is adequate to enable young people succeed in life with the skills gained and acquired at Youth Build. We should not forget about the Middle manpower, Ben Kaifala noted. A lawyer would need a carpenter to fix his roof, a plumber to fix his pipes and an electrician to do his electrical fittings. So all these fields are very important and we need young people to fill this space, Commissioner concluded.

Youth Build Sierra Leone is a youth-based organization founded by Mohamed Robinson Sesay Snr, aka Big Brother, on the pillars of empowering young people for skills development and the attainment of technical and vocational trainings in several disciplines such as; electricity, masonry, carpentry, welding, home economics, tailoring, plumbing etc. Since its establishment, it has produced many young graduates within the District who are now gainfully self-employed.

In his short address on the history of Youth Build Sierra Leone, Mr. Sesay said, he believes in youth-empowerment, because he realized years back that, a good number of youths were not purposefully engaged and as such could become menaces to society. Against that backdrop, he formed this organization which today has produced over 500 graduates who are now earning Millions of Leones and are self-reliant. A 20-minute video documentary was screened to further show how the proposal of Youth Build was conceived, propagated and implemented.

Earlier, the Deputy Vice Chancellor of the EBK University of Science and Technology, Dr. Baimba Kargbo in his welcome statement emphasized to the youths the need to abstain from corruption and violence. He thanked the Commissioner for honoring the invitation to speak to young people especially at a time like this, as they occupy a central part in national development. Dr. Kargbo assured the ACC Czar that as an institution, their commitment to fighting corruption especially academic corruption remains unwavering. He called on the youths to remain law abiding and direct their focus to development only. Dr. Kargbo emphasized on the significance of technology, which he said has contributed to the development of many countries across the globe.

The Chairman of the program, Ibrahim Jalloh aka Jallomy, commended the ACC Commissioner for his achievements so far and his resolve to continue fighting corruption amidst challenges. He pointed out to the youths that they certainly have a role to play in society but that role does not include allowing themselves to be misused by politicians. The Chairman encouraged the youths to continue engaging themselves in productive courses and programs, and remain united against corruption.

Former Member of Parliament of the All Peoples Congress (APC), Hon. Siraji Rollins-Kamara spoke on his detest for corruption especially academic corruption. He disclosed how he has openly supported the ACC in fighting corruption. He warned the youths against allowing politicians who are aging to destroy their future by luring them to engage in activities that only destroy the nation’s development. He extolled the skills training being provided by Youth Build Sierra Leone to these youths making them gainfully self-employed.

A skit which portrayed the dangers of drug abuse and the transformations Youth Build have made to the lives of young people especially young girls formed part of the event. 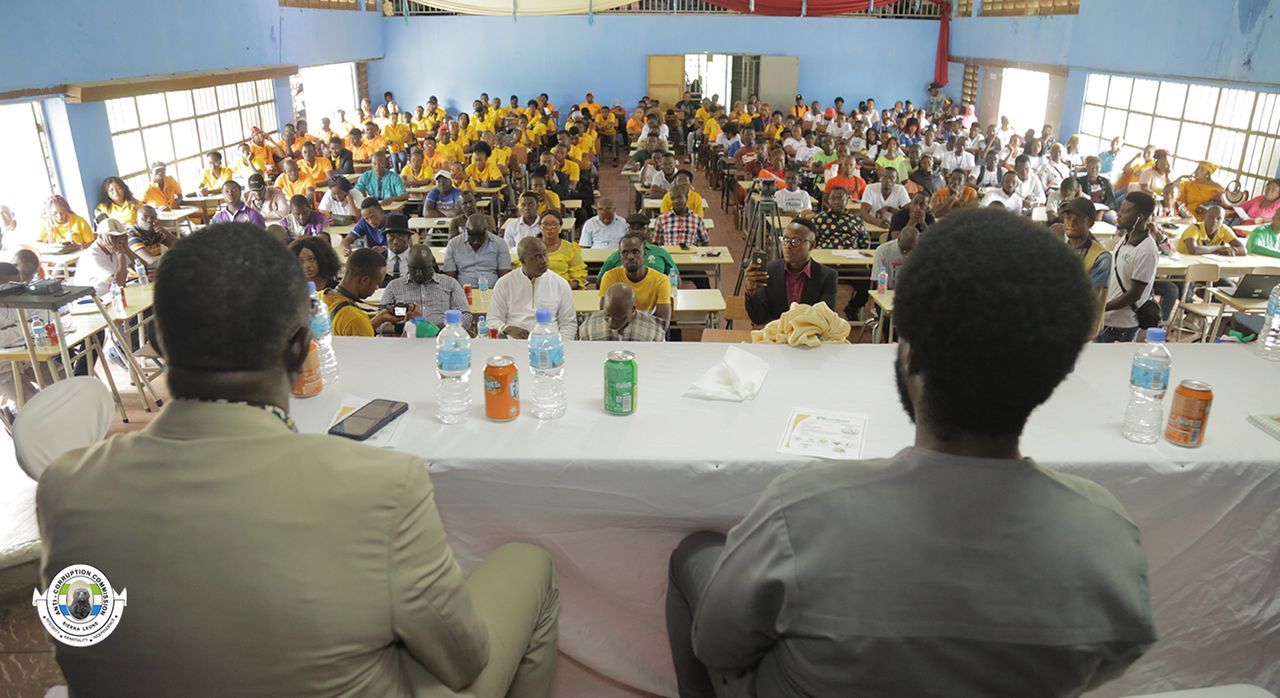 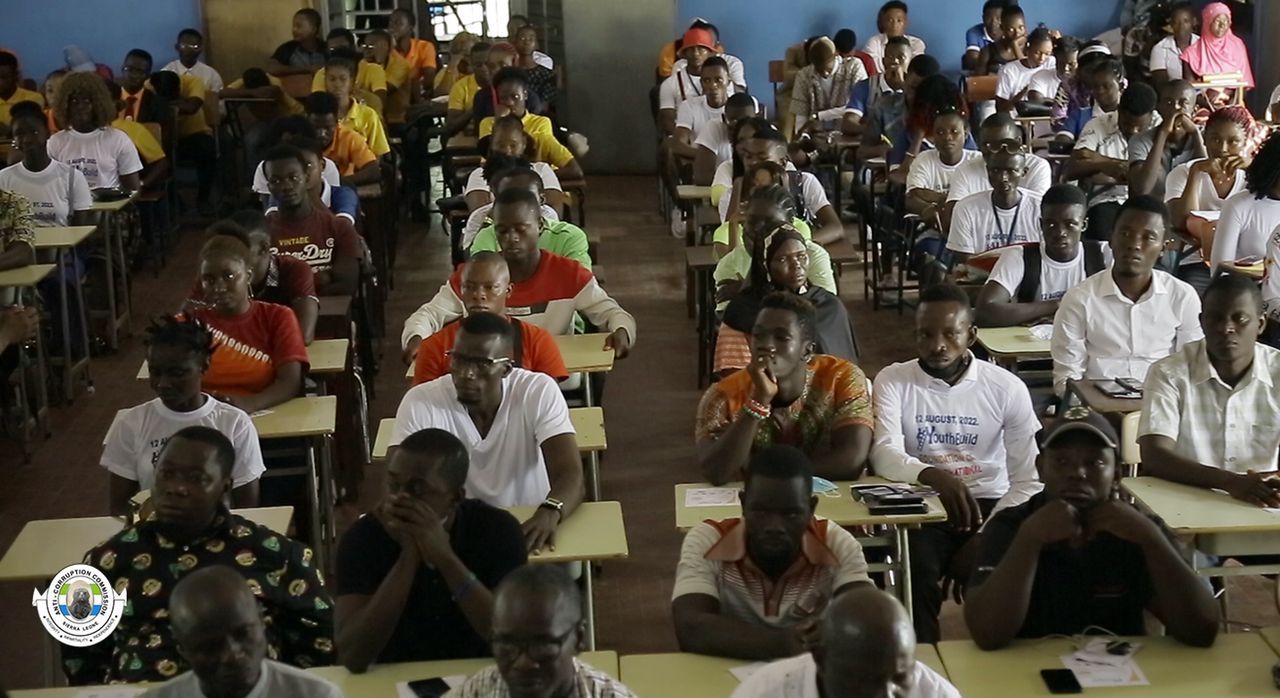 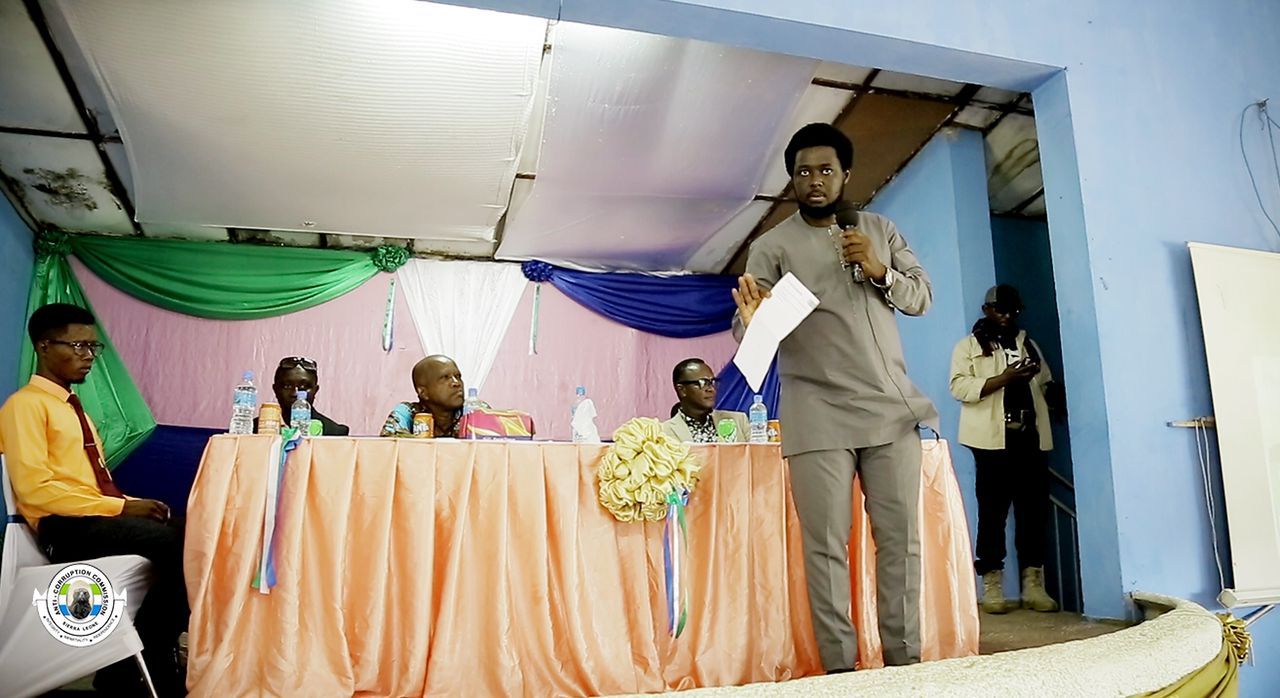 ACC RECOVERS OVER 180M (OLD) LEONES FROM THE FREETOWN CITY COUNCIL, BEING MONIES PAID TO “NON-STAFF PERSONNEL” OF THE COUNCIL