The Anti-Corruption Commission embarks on extensive public education and engagements with public sector institutions to mitigate corruption in order to enhance improved service delivery. In light of this, the Public Education Unit of the Commission’s Northeast office has on 14th July 2021conducted a customized meeting with officers of the Immigration Department in Makeni. The meeting was held in the Department’s conference room and attracted staff, volunteers and interns of the institution.

Dilating on the purpose of the engagement, Public Education Officer, Abdul Karim Bangura, pointed out the ACC’s tireless strides to empower public bodies with relevant education to prevent corruption by firmly upholding accountability and transparency. He further clarified that engagements with institutions seek to strengthen the fight against corruption and corrupt practices, and afford the Commission an opportunity to identify those that renege on their mandate.

With glaring examples, the officer defined corruption as ‘the misuse of public office for personal benefit.’ According to him, this suggests that corruption offences are engendered by selfishness at the expense of the nation, and should therefore be rigorously prosecuted for the common good. The officer then urged the immigration audience to strive towards upholding and defending best practices in delivering service to the public, stressing the readiness of the ACC to support the Department with building internal structures to combat corruption.

In his contribution, Senior Prevention Officer, Sylvester T. Sowa, described prevention as an efficacious tool the ACC employs in the campaign against corruption. He said the old adage ‘A stitch in time saves nine’ or ‘Prevention is better than cure’ underlines the rationale of the Commission’s  prevention strategy which, for the first time ever, has recently been decentralized in the Northeast region to cover the Northwest region as well as Kono district.

The Prevention Department of the ACC, according to the Senior Prevention Officer, is mandated to assess the operations of public bodies and issue recommendations to reduce strong likelihood of corruption in the system as stipulated in Sub Section (2) of Section 7 of the Anti-Corruption Act of 2008 as Amended in 2019. Besides, the Prevention Department has three arms namely: Systems and Processes, Policy and Ethics, and Monitoring and Compliance Units, Mr Sowa highlighted. He said he would represent all three units, assuring the immigration officials of an enabling environment to curb malfeasance within their department.

In 2016, the Prevention Department examined the systems and processes of the Immigration Department with revelations of serious weak links. To salvage the situation, anti-graft recommendations were made for the institution to implement.

He further said that while Systems and Processes Review Recommendations are proffered to prevent corruption, some institutions hardly ever fully implement them. As a result of non-compliance with such recommendations, the Commission would, moving forward, robustly enforce sanctions against defaulting institutions, he warned.

The ACC team encouraged the immigration officers to reactivate the Integrity Management Committee which has been non-functional since the transfer of its focal person. Public Education Officer, Aiah Sourie, encouraged the officials to restore the Committee as it internally checkmates any potential act of corruption within the Department, adding that the immigration officials should show unreserved commitment to the work in order to beef up the social and economic structure in the country.

In response to the anti-corruption message, Acting Assistant Regional Director, Samuel H. Kallon, commended the ACC for its steadfast stance to thwart corruption in the country, and particularly for its prevention strategies to empower public bodies improve deliver quality. He said that the Commission is exclusively focused on delivering its mandate, and its commitment to duty should not be misconstrued as a witch-hunt. ‘The message we have received today has impressed on our mind the need to maintain integrity and work for the development of the country,’ he said. He concluded by pledging to roll out his experience from the engagement with other immigration officials within his area of responsibility. 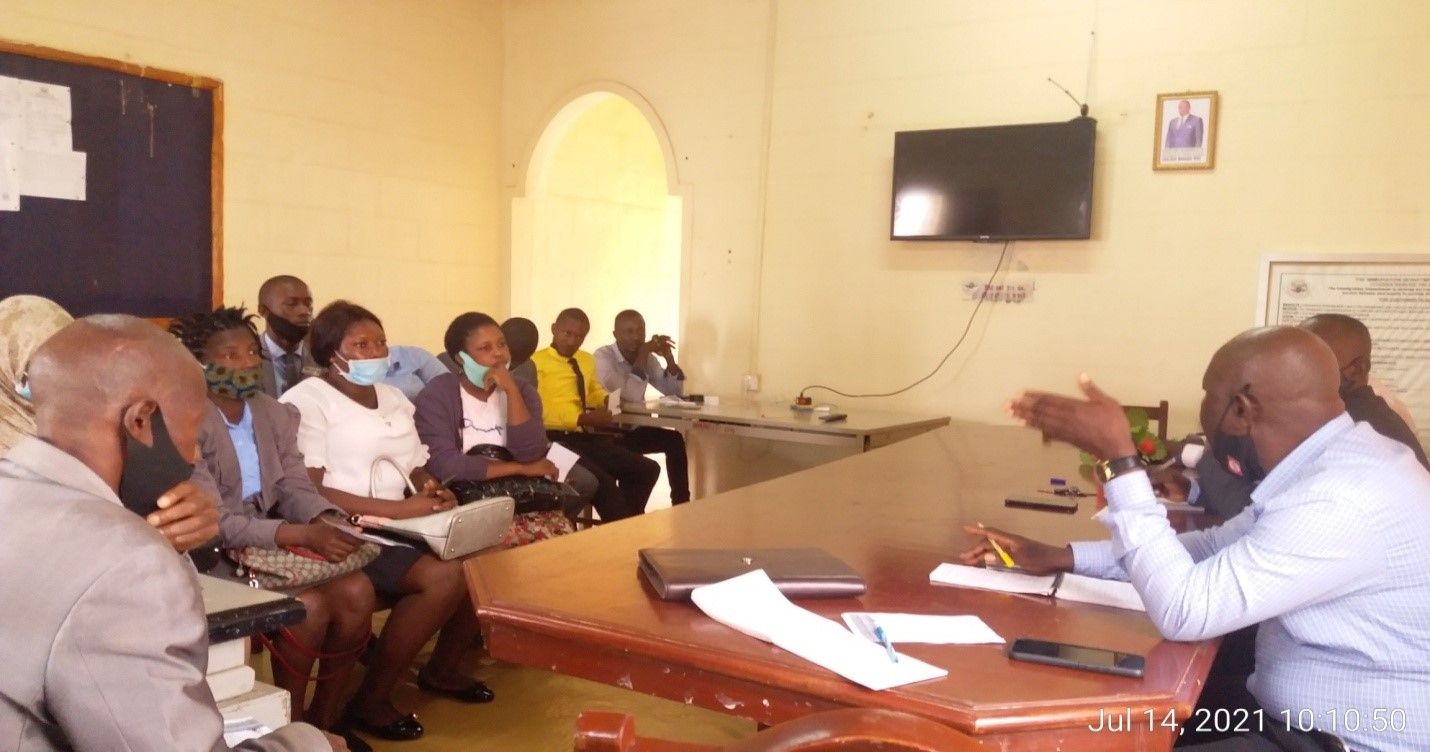