The Anti-Corruption Commission (ACC) wishes to inform the general public that it had entered into a settlement agreement with the Former Managing Director of Home Finance Company (HFC), Mr. Ahmed Kamara, in respect of investigations into failing to pay tax contrary to Section 48(1)(d) of the Anti-Corruption Act 2008.

After thorough investigations by the ACC, Mr. Kamara was found wanting for using the HFC to pay a 5% withholding tax on a property he personally sold to the National Social Security and Insurance Trust (NASSIT). The said tax which he was to personally pay, rather than HFC, amounted to Two Hundred and Sixty-Nine Million Leones (Le 269,000,000.00).

Within the past seven months, the ACC has recovered over Nine Billion Leones (Le 9,000,000,000.00); part of which has been accordingly paid back into the Consolidated Revenue Fund.

The Commission wishes to further reassure the general public of its continued commitment in ensuring that public funds are protected; and where necessary, recovered.

DIRECTOR OF PUBLIC EDUCATION AND OUTREACH 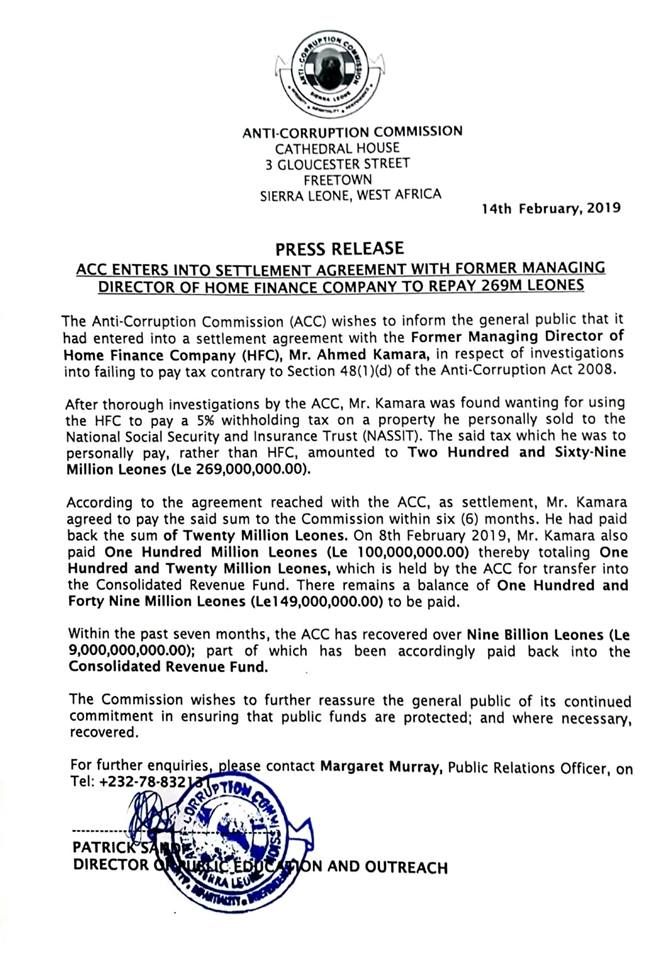