The Anti-Corruption Commission (ACC),on the 29th April, 2021, filed an indictment against GLADYS SESAY, the District Health Sister One (DHS-1) of the District Health Management Team (DHMT) Bo, in the Ministry of Health and Sanitation (MOHS) and of Government Reservation, Bo District, in the Southern Province of Sierra Leone, on Six (6) counts of corruption offences; Three (3) counts of Accepting an Advantage, contrary to Section 28(2)(a) and Three (3) counts of Abuse of Office, contrary to Section 42(1) of the Anti-Corruption Act No. 12 of 2008 as amended by the Anti-Corruption Act No. 9 of 2019.

Meanwhile, GLADYS SESAY is expected to appear in the High Court of Sierra Leone Holden at Bo on Thursday 20th May, 2021.

The Commission wishes to reassure the general public of its continued resolve to curbing public sector corruption and all levels of corruption in Sierra Leone, without fear or favor.

For further enquiries on this and other ACC matters, please contact MARGARET MURRAY, Public Relations Officer, on +232-78-832-131 or via email info@anticorruption.gov.sl. 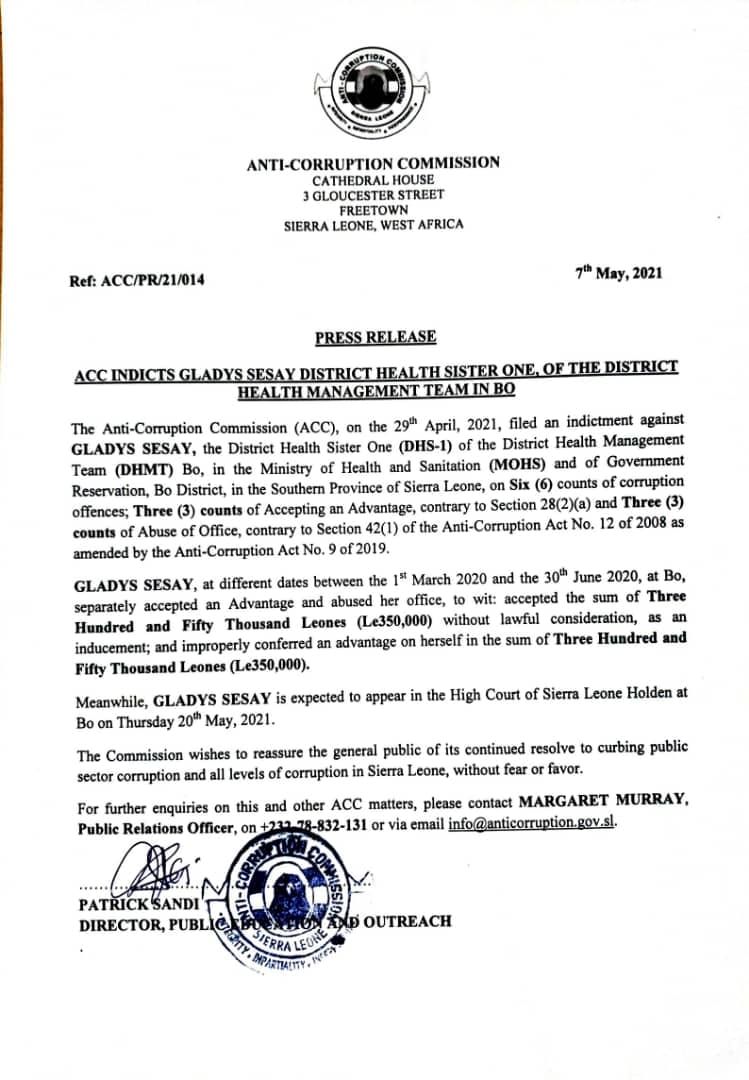