IDRISSA ALIMAMY PATIENCE KARGBO, on various dates between 1st April 2019 and 31st January 2020, in Port Loko City, in the North-West Region of Sierra Leone, without lawful authority or reasonable excuse, solicited and accepted an Advantage in the total sum of Five Million, One Hundred and Fifty Thousand Leones (Le5,150,000), from two complainants, ostensibly as payment for his upkeep and transportation in assisting them to recover their six months backlog salary.

IDRISSA ALIMAMY PATIENCE KARGBO is expected to make his first appearance in the High Court of Sierra Leone Holden at Makeni on 20th May, 2021.

The Commission wishes to reassure the general public of its continued resolve to curbing corruption at all levels in Sierra Leone.

For further enquiries on this and other ACC matters, please contact MARGARET MURRAY, Public Relations Officer, on +232-78-832-131 or via email info@anticorruption.gov.sl 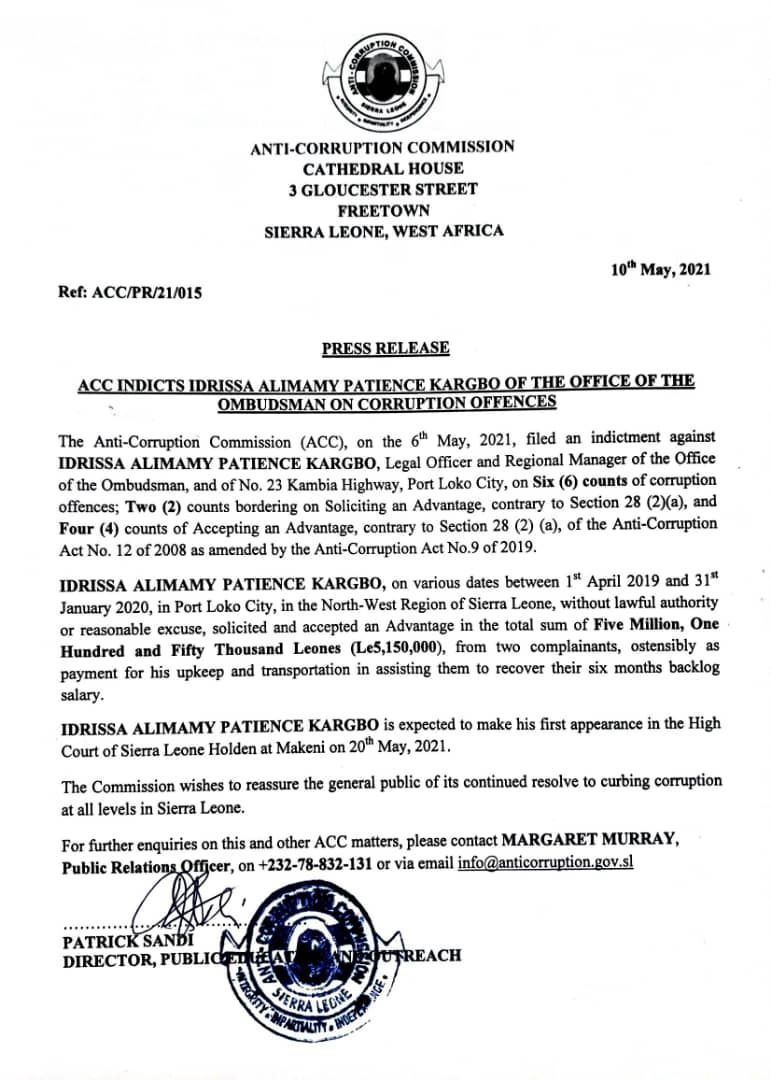