ACC INTERACTS WITH TRADERS IN BO

The Anti-Corruption Commission (ACC) Southern Region Office has in an interactive engagement   with members of the Traders’ Union in Bo requested the cooperation of traders to tackle illegal transactions and other anti-social activities which often cause loss of public revenue.

The meeting was held at the Traders’ Union office in Bo on Wednesday 11th August 2021.

In his statement, ACC’s Regional Manager Musa J.B. Jawara underscored the fundamental role traders play towards the growth of the country’s economy. He said although a good number of traders are tax compliant yet many others often connive with rogues to defraud the state. “When this happens, the Government will not get the required funds to provide basic services and uplift the livelihood of the people,” he said.

Mr. Jawara recounted some of the actions the Commission has instituted against businesses who sometimes conspire with public officers to deprive the state of much-needed revenue. He also drew the attention of the traders to some of the provisions in the Anti-Corruption (Amendment) Act 2019 which strongly prohibit acts that cause the state to lose revenue. “The penalties have been increased and it is now mandatory to fully recover any amount of money misappropriated,” he warned.

Speaking at the meeting ACC’s Senior Public Education Officer Abdulai Saccoh said corruption does not only erode societal values but poses serious threats to the country’s revenue-generating drive. He said if the country should achieve its development aspiration traders have a crucial role to play because they are one of the engines of growth.

Mr Saccoh said the Commission values every effort directed towards fighting corruption and encouraged the traders to join the fight. He highlighted a number of practices which would promote integrity such as: adherence to tax regulations, exhibit honesty in dealing with public officers, resist acts meant to defraud the state and report incidences of corruption to the ACC.

Public Education Officer Mohamed A. Kabba said the meeting was intended not only to strengthen the bilateral relationship between the Commission and the traders but also to shed light on certain corruption-related practices. He said corruption be defeated if people continue to provide the incentive for such despicable acts to take place. He entreated the traders to resist, reject and report corrupt practices to the ACC. The Public Educator assured them of informant protection but warned against making false or malicious reports.

Earlier in the meeting, the District Chairman of the Traders’ Union in Bo Obai Kamara lauded the Commission's efforts for taking the fight against corruption to their doorstep and pleaded for more engagements as they are often victims of corruption. Mr. Kamara assured the ACC of their unflinching support to fight corruption and make Sierra Leone a better place.

The participants were availed the opportunity to ask questions and make comments which were responded to by staff of the ACC. 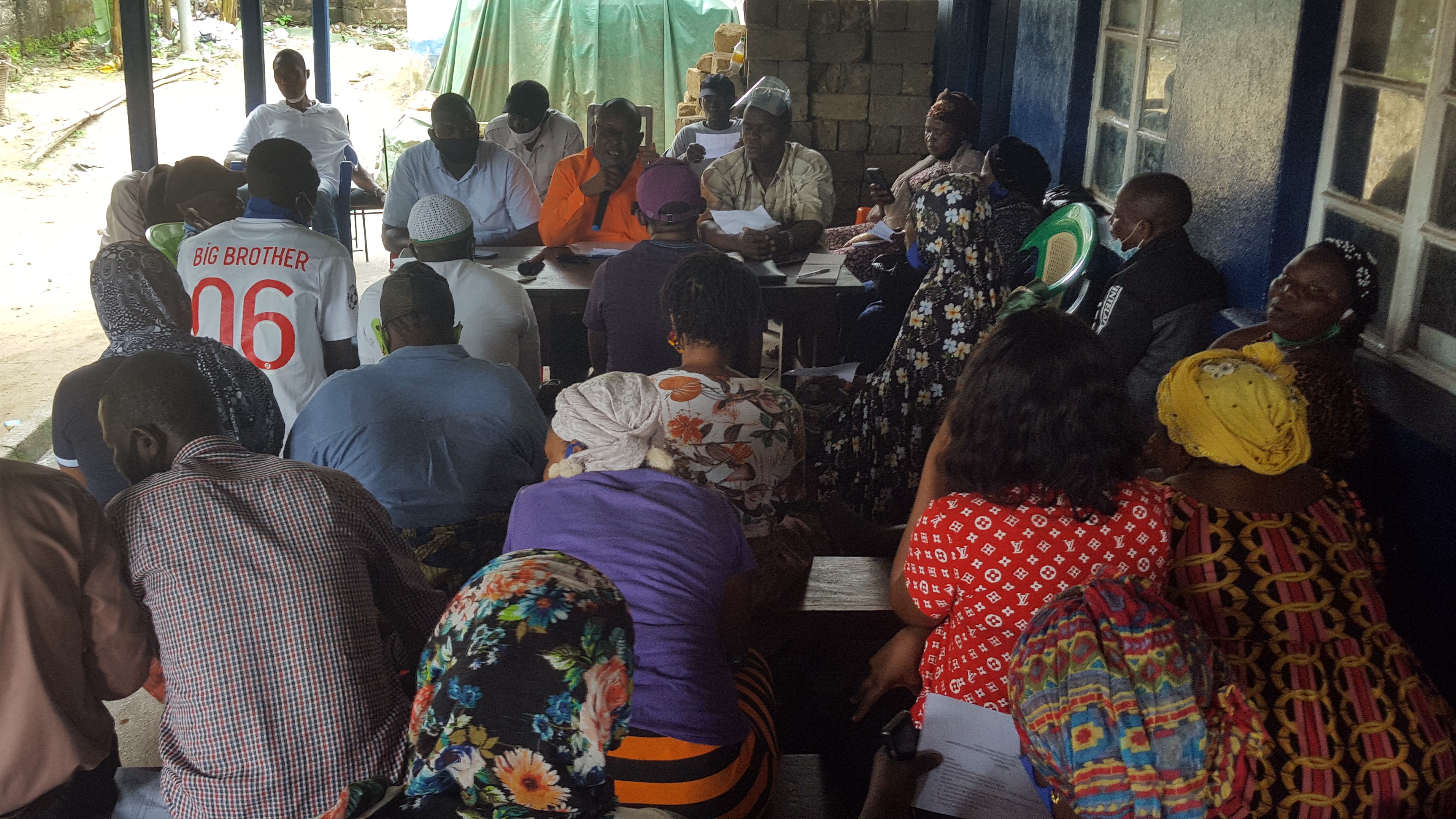