In consonance with its mandate in raising awareness on the Grievance Redress Mechanism (GRM) component of the World Bank-funded Social Safety Net (SSN) program, the Anti-Corruption Commission (ACC) has held a meeting with beneficiaries of the Project at Chenedu Community, Gbense Chiefdom, Kono District on the Monday 26th July, 2021. The event targeted beneficiaries of the SSN COVID-19 Response program.

The Deputy Director of Public Education and Outreach Department Abubakarr Turay emphasised the ACC's commitment to standing by the people at all times in ensuring benefits like this are done in line with rules of fairness. He reminded them that their SSN package is One Million Three Hundred and Nine Thousand Leones (Le.1,309,000) and urged them to report any contrary payment through the 515 toll free line to the ACC. Mr. Turay added that these monies are meant to provide food, healthcare and decent livelihood for the beneficiaries and their households.

While warning the beneficiaries of the dangers of corruption, the Deputy Director outlined to them the effort being undertaken by the Commissioner of the Anti-Corruption Commission, Francis Ben Kaifala Esq. to socially distance corrupt persons from public funds and resources, which he said has made corruption expensive to be embarked on.

Patrick Hinga George, the SSN Kono District Monitor helped the beneficiaries of the SSN project understand the purpose of the meeting, which was to empower them with knowledge of the purpose of the SSN payment amidst these trying pandemic times. He reminded the beneficiaries that the project's success is anchored on the effort of the Government of Sierra Leone and its partners especially the World Bank to helping the poorest of the poor in communities meet their basic needs.

During the plenary session, one of the beneficiaries, Fatmata Lebbie, immensely thanked the Government, the World Bank and the ACC for the funds received, which she said had helped rebuild their fallen house without which herself and her entire family would have been homeless.

Answers to questions surrounding issues relating to the payment of the SSN cash climaxed the meeting. 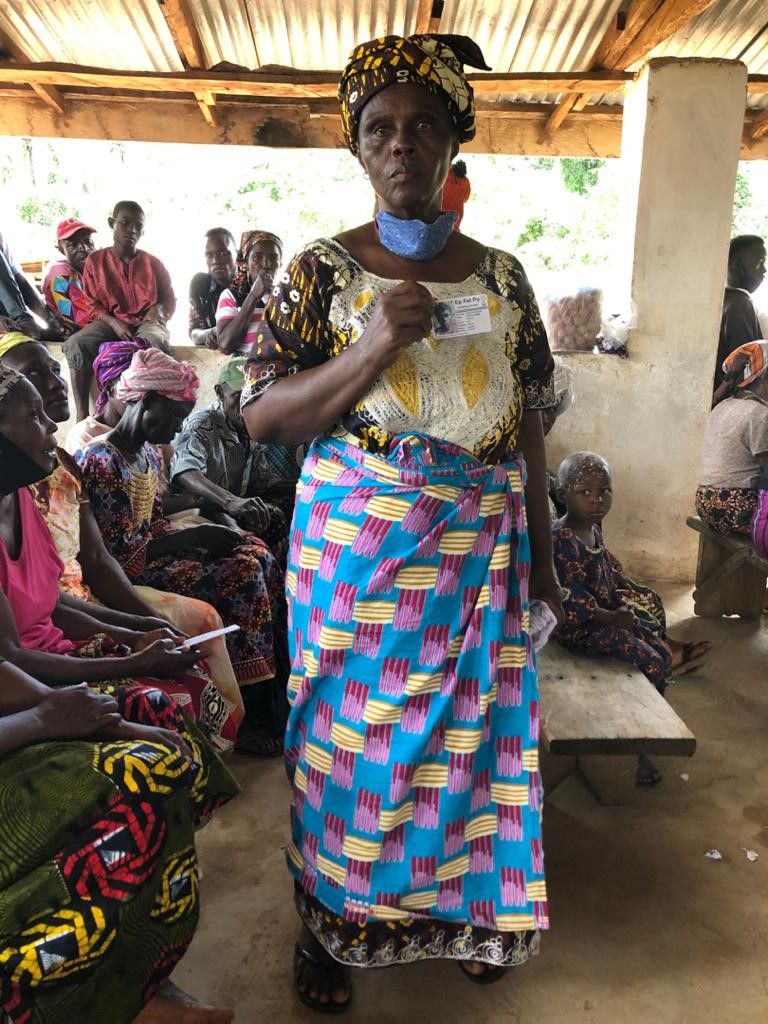