The Anti-Corruption Commission (ACC) wishes to inform the general public that the High Court of Sierra Leone, Holden in Freetown, presided over by the HON. JUSTICE MIATTA M. SAMBA, JA, has on 8th April, 2020, convicted MOHAMED SHERIFF, former Managing Director of Sierra Leone Cable Network (SALCAB) and PAUL SANDI, former Permanent Secretary of the Ministry of Information and Communications on *ONE (1) count and THREE (3) counts of corruption offences respectively.

HON. JUSTICE MIATTA SAMBA ruled that MR. PAUL SANDI, pays a fine of One Hundred and Twenty Million Leones (Le120, 000, 000) on all three counts, and MR MOHAMED SHERIFF is to pay a fine of Sixty Million Leones (Le60, 000, 000) on the one count. The fines are to be paid immediately before their release or serve a jail term of three (3) years. MR. IDRISSA YILLAH, on the other hand was acquitted and discharged on all three counts he was charged.

On another note, the High Court of Sierra Leone presided over by JUSTICE MIATTA M. SAMBA in another judgment acquitted and discharged Alie Badara Mansaray, former Commissioner, National Commission for Social Action (NaCSA), on fifteen (15) counts of various corruption offences.

For further enquiries, please contact the Public Relations Office, on +23278-832131 or via email info@anticorruption.gov.sl 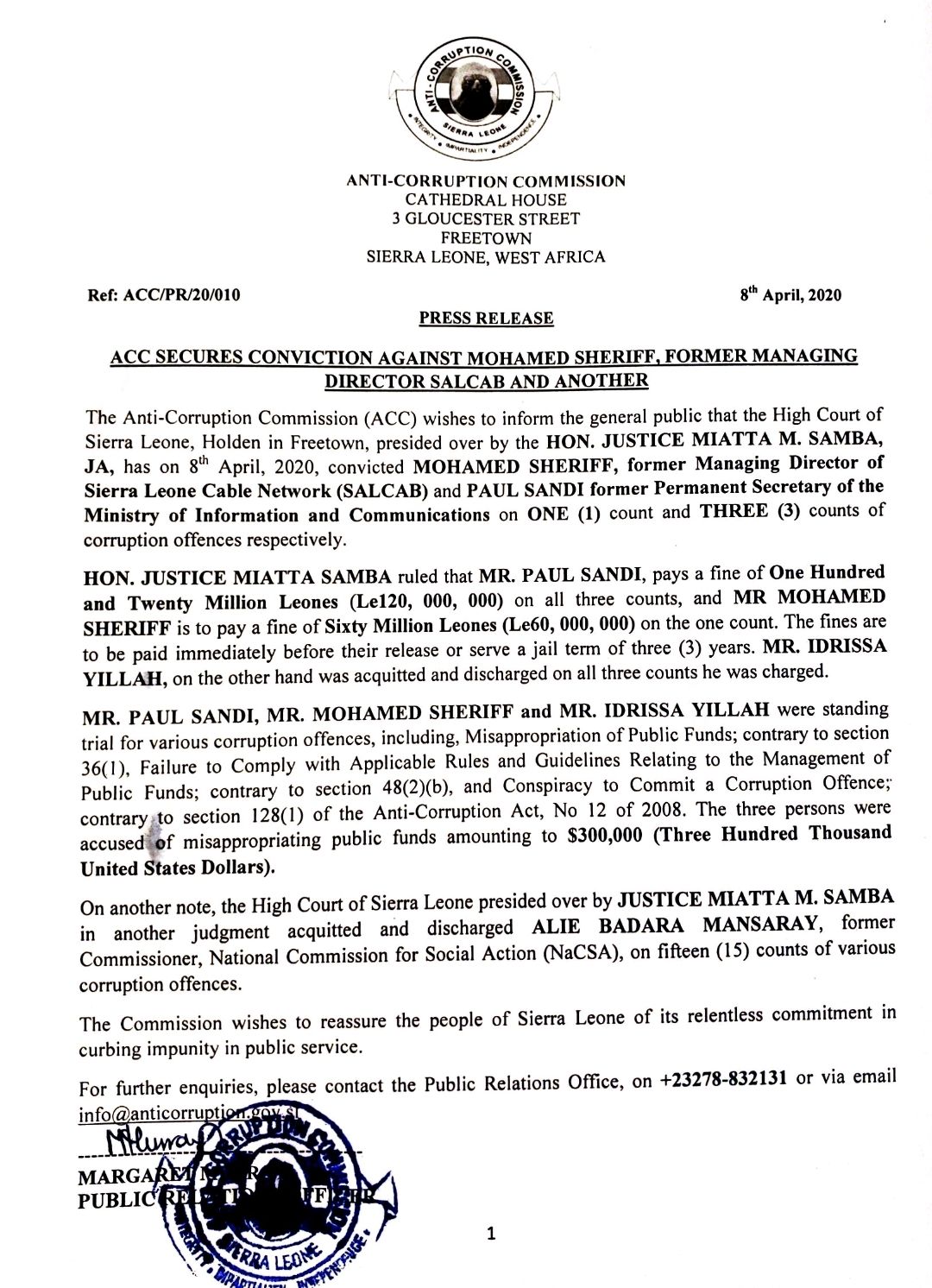