In a bid to fight corruption in all aspects of society, the Public Education and External Outreach Department of the Anti-Corruption Commission (ACC), had four days interactive engagements with Paramount Chiefs, Corona virus affected and infected persons, frontline workers and other stakeholders of Bombali, Tonkolili, Koinadugu and Falaba Districts. These engagements were a sensitization drive to educate beneficiaries of the COVID-19 Emergency Response Program and other corruption related issues. The project is funded by the World Bank, implemented by the National Commission for Social Action (NaCSA), with the Rokel Commercial Bank making the payments and the Grievance Redress Component (GRM) spearheaded by the ACC.

Addressing the gatherings at Bombali, Tonkolili, Koinadugu and Falaba Districts, the Head of the Public Education Unit and Head of Team, Michael Sesay, told beneficiaries that the ACC was there to educate them on the Grievance Redress Mechanism (GRM) which involves educating the participants on their rights and responsibilities in the administration of the cash transfer. He also dilated on building the capacity of the beneficiaries on how they could interface with the Commission in the event they experience corruption. The ACC is required to educate the people about their rights and roles in the fight against corruption. Mr. Sesay said that the team was there to inform participants about monies that will be given to persons infected and affected by COVID-19 and frontline workers by NaCSA. He encouraged the people to be aware of the process, and not to be intimidated by any agent during the process. Michael Sesay sensitized his listeners on the different ways to report corruption issues to the ACC. “To win the fight against corruption, we must unite and fight together” he furthered.

Giving a brief overview of the Social Safety Net project (SSN) and its impact on the people for the past years, Margaret Jones, Senior Communications Officer ACC, said that the poorest of the poor people in various communities all over the country have benefited positively from the SSN project. She added that it will have to be the same for the CPVID-19 Emergency Response Program which targets different category of beneficiaries. She called on the people to be watchdogs and report any form of corruption during the process to the 515 free toll lines or through their District Monitors when the registration would have started unto the actual time for the payments.

Highlighting the role of the ACC, Assistant Information Officer, Amie Massaquoi, said that the ACC will monitor the process to ensure a transparent and smooth process. She added that all District Monitors will be present during the entire process which will heighten the transparency and accountability space of the process. She encouraged the participants to also deviate from corrupt practices such as bribery and selling of registration forms to none beneficiaries.

Welcoming the team from ACC, the Paramount Chief of Tonkolili District, PC Masakama III, thanked the ACC for such engagement, and said it was a great advantage for the people of Tonkolili to know their rights and responsibilities in the cash transfer process and fight against COVID-19 disease. He assured the team that they will join the ACC in the fight against corruption.

Speaking on behalf of the Paramount Chief, the Town Chief of Musaia Town, Falaba District, Sorie Kamara said it was a great venture for the ACC to embark on such sensitization in Musaia Town. He commended the work of the Commission and asked for regular engagements of such nature.

At Kabala, in Koinadugu District, the Social Mobilization Manager, Alimamy B.S Kallon, in his welcome statement thanked the ACC for taking corruption messages to the grassroots people. He added that it is their right to know about activities especially about funds meant for the people. He assured the ACC team that they will serve as watchdogs during the process.

Also, the four District Monitors deployed in the various localities made a presentation on ‘update of activities and the fight against corruption in Sierra Leone’, stating recent indictments and convictions and the Commissioner’s nationwide ‘meet the people’ tour.

The engagements were climaxed by questions, recommendations and suggestions from the participants.

This first round of awareness raising engagements on the COVID-19 Emergency Response Program in the North-East, will target communities in other parts of the country. 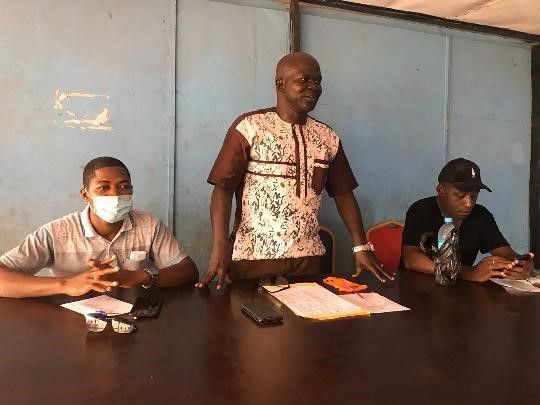 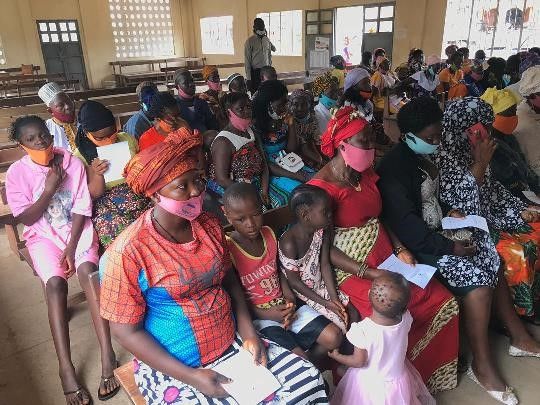 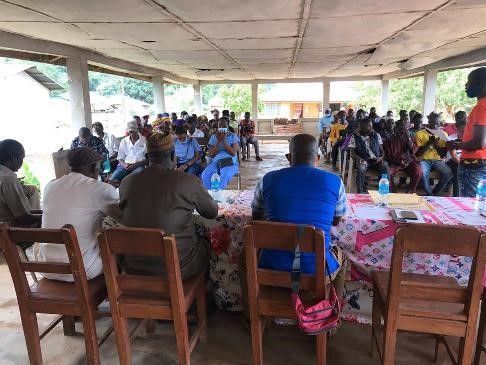