In its drive to enhance integrity in the management of public funds and public procurement processes,  the Nort-West Regional Office of the Anti-Corruption Commission (ACC) has on Tuesday 31st August engaged staff of Non-Governmental Organizations (NGOs), International Non-Governmental Organizations (INGOs) Contractors, Suppliers and Community Based Organizations on Anti-Corruption laws and best practices in the management of public or donor funds and property for effective service delivery at the Ministry of Agriculture Conference Hall in Port Loko City.

The customized meeting according to the Public Education Officer Mohamed Thullah was to educate and engage staff of NGOs and contractors on various issues on corruption and to ensure best practices are adhered to in their operations. Mr Thullah stated that corruption is a sensitive issue in the NGO world, construction and other social services that require clear understanding to determine its true scale, nature and conditions which lead to it, adding, that it is imperative on their part to identify mechanisms and systems that are needed to guard against corruption, even in its most difficult contexts.

Explaining the three pronged approaches in the fight against corruption, PEO Thullah expressed dismay that most times NGOs, contractors and suppliers are often reluctant to talk about corruption for fear that it will lead to bad publicity, unavailability of contracts, and consequently  loss of funds. He also noted that the engagement will serve as a platform to map out areas of collaboration in identifying corruption risks and vulnerabilities as well as mitigating same.

The Regional Manager Al-Hassan Sesay in his statement to attendees said funds secured for and on behalf of the people of Sierra Leone and a section thereof are public funds and by extension their activities and operations are covered by the ACC laws. He stated that the fight against graft is not done in a fire brigade manner which has necessitated the need to engage them as a first point of action on various issues of corruption and for them to internalize the fight against corruption and a keen interest on best practices. Manger Sesay pointed out that since the regional office was opened in Port Loko, the Commission has been receiving complaints and concerns from communities relating to substandard work done by some contractors.

Commenting on key corruption issues in public procurement and activities of NGOs, the Regional Head highlighted corrupt practices including but not limited to a perverse system of asking for percentage prior to award of contracts, ghost beneficiaries, over invoicing and issuing of blank receipts among other things. He informed them that the Commission will start robust monitoring on the activities of NGOs adding that some of such activities will be undertaken based on public interest.

The Senior Public Education Officer Junisa Sankoh who spoke on ethics in the workplace and corruption reporting explained the synergy between ethics and etiquette; that the latter when properly imbibed leads to professional demonstration of ethical standards in the workplace. He underscored the significance of maintaining high ethical standards and the need to report corruption at all times via the toll free lines: 077985985/077986986/515. He pinpointed on issues of late coming and absenteeism, abandonment of post, double dipping and other forms of malfeasance.

Representative of Forut Gbessay Dauda laud ACC's initiative to engage them on various corruption issues that resonated with their activities and operations and looked forward to continued engagement in the fight against graft. Aruna Badie Kamara, a contractor also expressed similar sentiments and registered his support to the ACC in combatting graft. He noted that the sensitization meeting was a wakeup call to all participants and a step in the right direction to ensuring that incidences of corruption are addressed.

Questions and answers session, and the presentation of ACC's Information, Education and Communication materials formed part of the engagement. 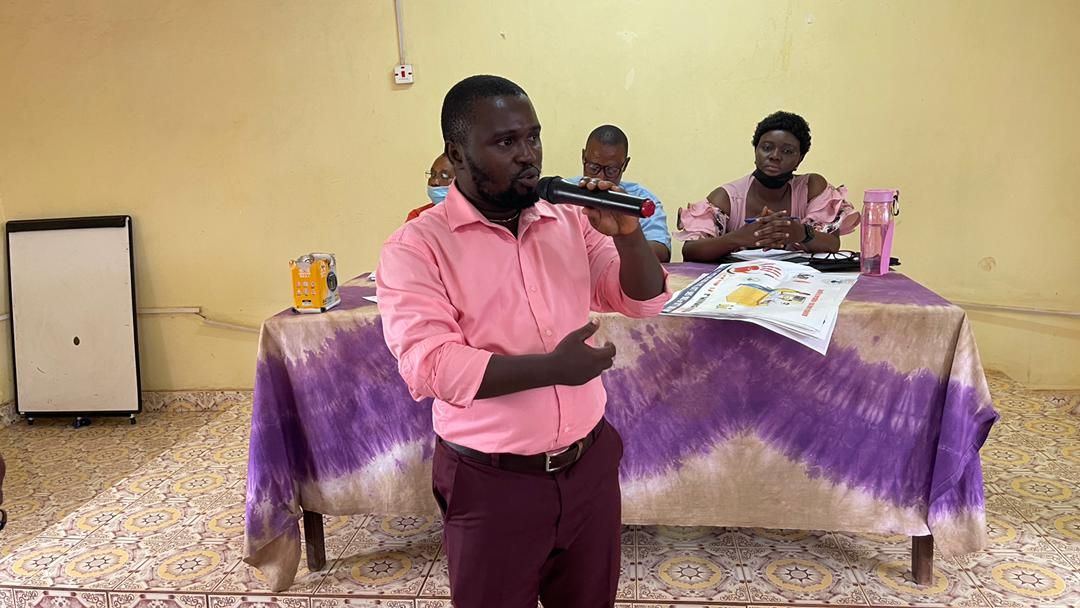