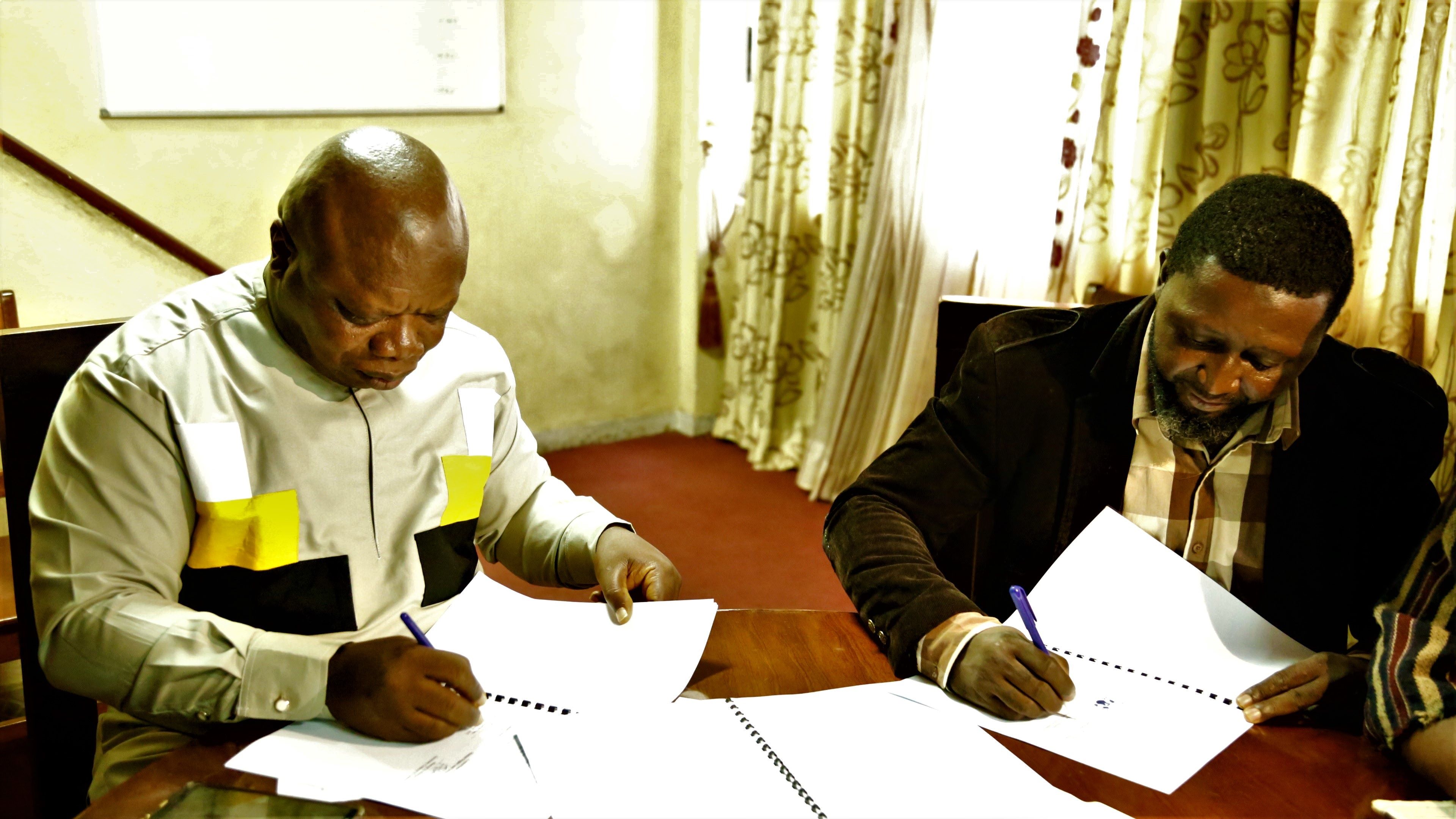 The Anti-Corruption Commission (ACC) and the Civil Society Consortium for Good Governance, Human Rights and Democracy-Sierra Leone (CGHRD-SL) have signed a memorandum of understanding (MoU) to provide a framework for cooperation and collaboration in areas of interest.

The Deputy Commissioner of ACC, Augustine Foday-Ngobie, in his statement, expressed delight for the partnership with the Consortium, describing it as consistent with the mandate of the Commission’s strategies to combat corruption. He said the fight against corruption is not the sole responsibility of the ACC, adding that the Commission’s doors are always open to individuals and institutions who could add value to its work. “We want to assure CGHRD-SL that the Commission will give them its support to achieve the expectation of the people of Sierra Leone,” the Deputy Commissioner noted.

Mr. Ngobie noted that Sierra Leone is in dire need of determined individuals that will work for the betterment of the nation and children yet unborn. “This is why the Commission does not know any colour, tribe or political party;” adding that the ACC’s mandate is geared towards the development of the country

The Secretary General of the Consortium, Marcus A. Bangura, said they are excited and honoured for signing of an MoU with the ACC. He said that CGHRD-SL is a civil society organization that comprises eight registered organizations under the laws of Sierra Leone; to promote the ideals of democratic good governance, human rights, rule of law, social justice and monitoring of elections, so as to ensure a transparent and accountable society. He furthered that the Consortium operates through consistent and constructive advocacy, public education and capacity development.

Mr. Bangura said that his organization has been very supportive to the ACC, as they have been very strong advocates for more budgetary support to the Commission and the popularization of the Anti-Corruption Amendment Act 2019. He said that the MoU will put them in a vantage position to work effectively with the Commission in the anti-corruption campaign, and it will also serve as a common good for building a transparent and accountable society.

The ceremony was chaired by Patrick Sandi, Director of Public Education and Outreach Department at ACC, while the citation marking the signing of the MoU was read by Christiana Jusu, Public Education Officer at the Commission.

“REINFORCING THE ANTI-CORRUPTION WAR IN THE EDUCATION SECTOR: THE ROLE OF TERTIARY INSTITUTIONS ( STUDENTS AND ADMINISTRATION) IN THE FIGHT AGAINST CORRUPTION”

A PUBLIC LECTURE DELIVERED BY FRANCIS BEN KAIFALA, THE COMMISSIONER OF THE ANTI-CORRUPTION COMMISSION OF SIERRA LEONE AT THE UNIVERSITY OF MAKENI ON 17TH FEBRUARY, 2020.