The Anti-Corruption Commission (ACC) and the Ministry of Energy have on Friday 6th March, 2020, signed a memorandum of understanding (MoU) with the aim to strengthening the relationship and collaboration between the two institutions in order to address issues of corruption in electricity supply and electricity theft.

At this historic event which took place at the Commission’s Head Office in Freetown, the Minister of Energy, Honourable Alhaji Kanja Sesay, in his statement, said, the signing of the MoU is predicated on series of discussions between the ACC Commissioner and himself aimed at boosting Electricity Cost recovery which had been challenging. He added that he had recognized the commendable work the Commission is doing in fighting corruption in the country. He alluded to the Commission’s impressive work in the education sector to curb examination malpractices - something, he said, had motivated him to invite the Commission to similarly look into the energy sector. "I would like to invite you to pay attention to our own sector because there is a lot of corrupt practices ongoing” the Minister said.

The Honourable Minister further stated that the Energy sector has been facing many challenges in the area of electricity generation, transmission and distribution; and electricity theft being widespread through illegal connections and diversions. Mr.Sesay said his expectation of both institutions is to bring a difference through injecting transparency and efficiency to the revenue generation within the energy sector.

On his part, the Commissioner of the ACC, Francis Ben Kaifala Esq. expressed his utmost joy at the signing of the MoU, describing it as an important day for the Commission to have a Ministry, by itself, to request the attention of the Commission in the fight against corruption and pledge to provide a collaborative support. The Commissioner said, electricity is an important commodity for the livelihood of citizens and that bulk of the funds generated from that sector ought to be accounted for to ensure a sustained supply of that Public Good by the government.

The ACC Boss furthered that the Commission does not have the technical expertise; but will rely on the Ministry of Energy to provide such expertise, equipment and resources to work with a Special Sting Operation Squad of the ACC to detect corrupt activities, practices and deliberate failures to pay for electricity consumption by especially large electricity Consumers like Fishing Companies, Welding Companies, Supermarkets, manufacturing factories, etc. He also said that even though the Commission is limited in manpower supply, it will try its best to provide a taskforce to address the challenges in the sector adding that "where there is the will, numbers do not matter".
The Commissioner ended by assuring the Ministry of Energy of the commitment of the ACC to this new partnership.

Earlier, in his welcome address, the Deputy Commissioner of ACC Augustine Foday-Ngobie said he was pleased that the two institutions have come together to fight corruption, adding that the ACC has the mandate to protect government resources and properties, while the Ministry of Energy is charged with the responsibilty to manage and provide energy, including electricity, in the country. He added that the MoU will serve as a guide to the working relationship between the two institutions.

The reading of the citation of the MoU was done by the Permanent Secretary of the Ministry of Energy, Mr. Morie Momoh.

In attendance at the Signing Ceremony were the Deputy Minister of Energy, the Chairmen of the Board of EGTC and EDSA, the Directors -General of the EGTC and the EDSA, various senior staff and stakeholders in the Energy Sector, journalists, etc. 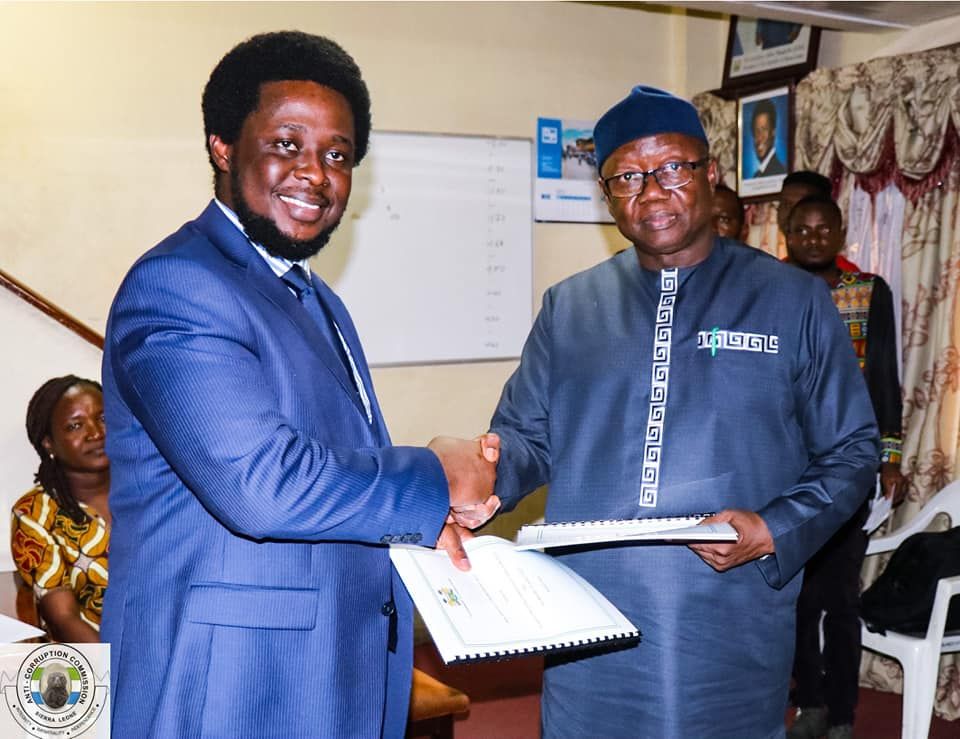 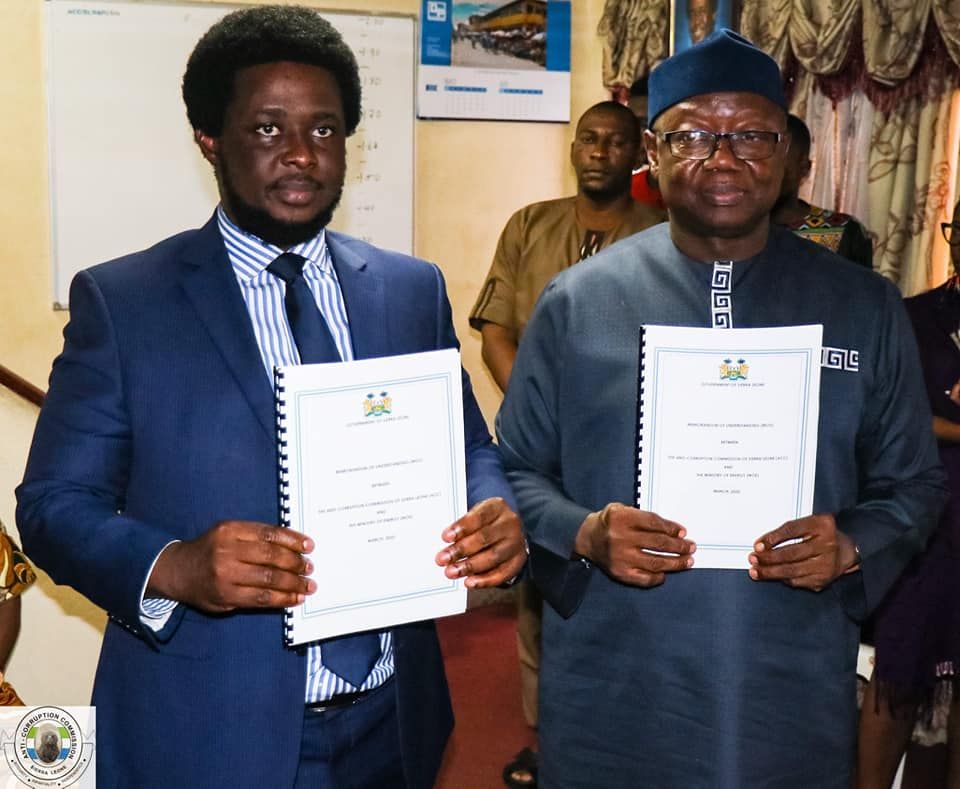