In a bid to enhance community participation in the fight against corruption at local level, the Anti-Corruption Commission (ACC) through the Public Education and Outreach Department, on Saturday 11th May 2019 held a community outreach meeting with residents of the Newton Community in the Western Rural District.

The objective of the engagement was to empower the people through information sharing as well as soliciting their support to identify and expose corrupt practices within and outside their community.

Head of Outreach Unit of the ACC, Abubakarr Turay, spoke on general corruption issues in communities, noting that the engagement was meant to provide the necessary information to residents in a bid to combat corruption practices.

Mr. Turay started off by giving updates on the activities of the Commission, especially in the areas of recoveries, high profile investigations, conviction rate, the proposed amendment to the current anti-corruption legislation, among others.

Mr. Turay spoke on various corruption acts that are prevalent in the community; including extortion in schools, health centres and police stations. He further informed the audience about the recent convictions of two head teachers for corruption offences and that the Commission frowns at any act of corruption, be it petty or grand.

The Head of Outreach Unit said, the Commission has recovered over Twelve Billion Leones through corruption-related investigations; part of the proceeds which President Julius Maada Bio has promised to use to build an ultra-modern health facility in the country. He also said that the Commission has surged up to 71% in controlling corruption in the Millennium Challenge Corporation scorecard of the United States Government. He admonished the audience to help the Commission build the gains already made and resist, reject and report any act of corruption through the free toll numbers: 077 985985, 077986986 and 515.

Speaking on the role of the community in the fight against corruption, Sheku Koroma, Executive Director, Youth Against Corruption (YAC) Sierra Leone said that the community has a pivotal role to play in fighting corruption. He said residents of the community should monitor any development projects meant for them and report to the ACC any suspected act of corruption. He cautioned them from giving bribes to public officials for services delivered to them.

Speaking on the purpose of the meeting earlier, Margaret Jones, Communication Officer, said that outreach engagement with communities has been one of the core activities of the Commission. She said that the Public Education and Outreach Department of the Commission usually engages various communities to spread the anti-corruption message and interact with residents on the general corruption practices affecting them.

Tommy Browne Headman of the Community thanked the Commission for the visit and admonished residents to support the ACC in the fight against corruption.

The Councilor covering Newton Community, Alimatu H. Kamara also thanked the Commission for its strides in combating corruption at all levels.

A very interactive question and answer session climaxed the engagement. 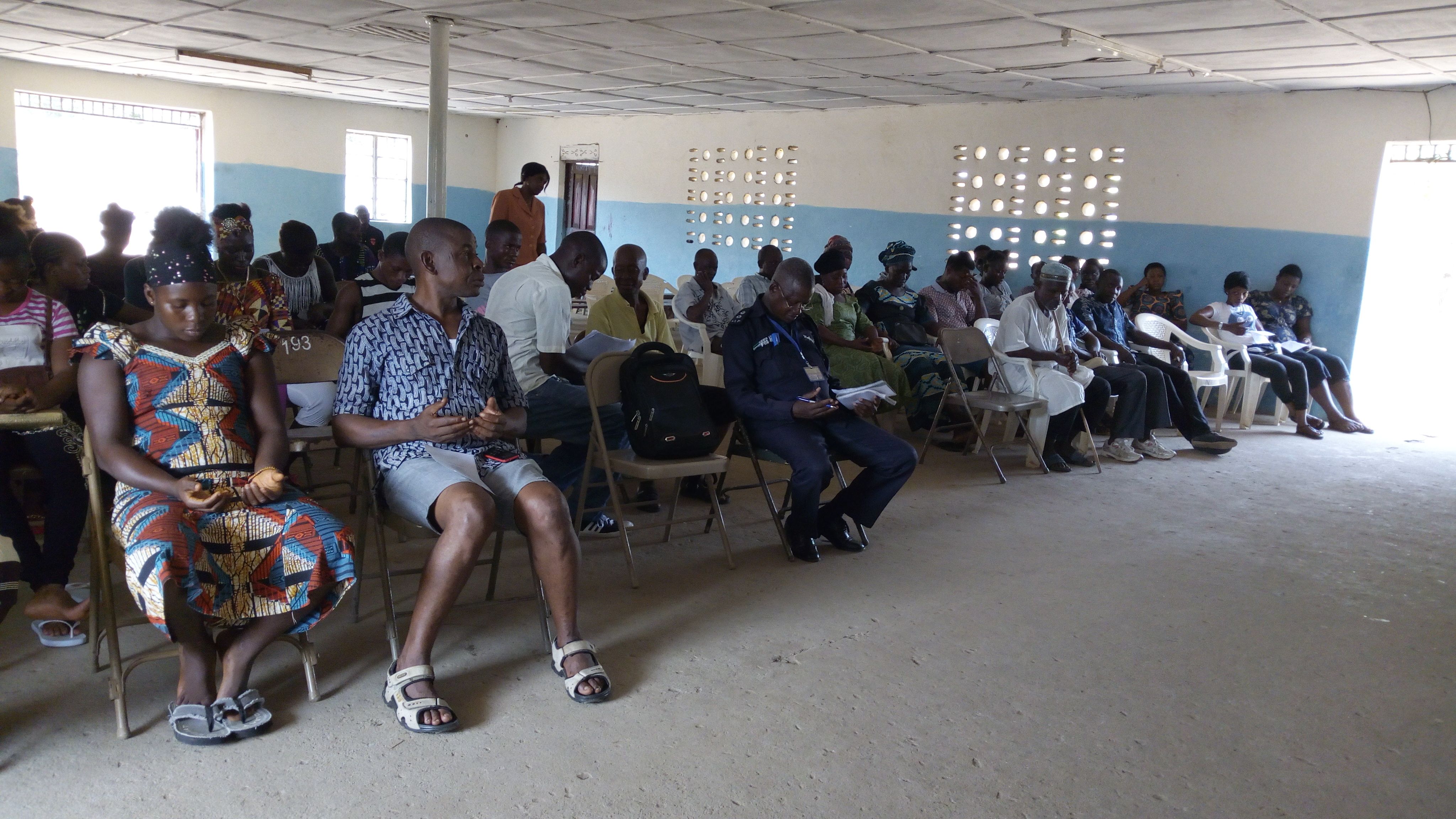