ACC TAKES PAY NO BRIBE CAMPAIGN TO ROKUPR AND LOKOMASAMA

The Anti-Corruption Commission (ACC) has concluded awareness raising meetings on the Pay No Bribe (PNB) in Rokupr Town in the Kambia District and Lokomasama Chiefdom in the Port Loko District.

Addressing residents of the Rokupr and Lokomasama communities at the Rokupr wharf market and the Lokomasama Court Baray respectively, ACC Head of Outreach Unit, Abubakarr Turay said, the meetings intended to encourage community members to take ownership of the PNB and always promptly act in addressing issues of bribery and petty corruption in their communities. Mr. Turay made reference to the damning report on the state of bribery in Sierra Leone by Transparency International in 2014; something he said was the reason for the introduction of the PNB. He said the country has recently made tremendous progress in curbing corruption, as shown by the Millennium Challenge Corporation Scorecard, which Sierra Leone passed with a 71 percent score.

Head of Outreach Unit maintained that, services provided by public offices, including those in the rural communities, are made inefficient due to bribery, faulty systems, processes and procedures and other acts of petty corruption.

Giving updates on the reports generated from the PNB reporting platform, Mr. Turay stated that noticeable progress are now taking place within the sectors under the PNB-Education, Health, Water, Electricity, Police and the Judiciary, as a result of the prompt administrative actions taken by the respective MDAs.

ACC Port Loko District Coordinator, Sahid Mohamed Kamara said, the PNB which is supported by the British Government through DFID, and the Government of Sierra Leone, is as an innovative reporting platform for citizens to anonymously report incidents of petty corruption and bribery. He said citizens can report through the toll free phone number 515 (on all networks), the PNB website on www.pnb.gov.sl, and the PNB mobile app, which is in Krio, Mende and Temne.

Public Education Officer ACC, Junisa Sankoh underscored that, bribery is a social menace which has adversely affected the operations of public sector institutions. He said the PNB is geared towards working collectively with public servants to change their attitudes and behaviours for quality service delivery to Sierra Leoneans. Mr. Sankoh dilated on the impact of bribery on the provision of social services to rural communities. He further admonished the indigenes of Rokupr and Lokomasama to embrace and support the PNB if Sierra Leone is to benefit from enhanced healthcare, quality education, accessible and affordable electricity, pure drinking water and fair dispensation of justice.

Section Chiefs, Chiefdom Speaker, School heads and pupils, health workers, bike riders and ordinary residents of Rokupr and Lokomasama appreciated the sensitization meetings in their communities, expressing their support to the PNB campaign.

Prior to the community engagement at the Lokomasama Barray, the ACC team sensitized staff and pupils of the Lokomasama Secondary School, Petifu Junction on the PNB campaign.
1.  Audience at the outreach meeting in Rokupr Town

Residents of Lokomasama Chiefdom at the meeting 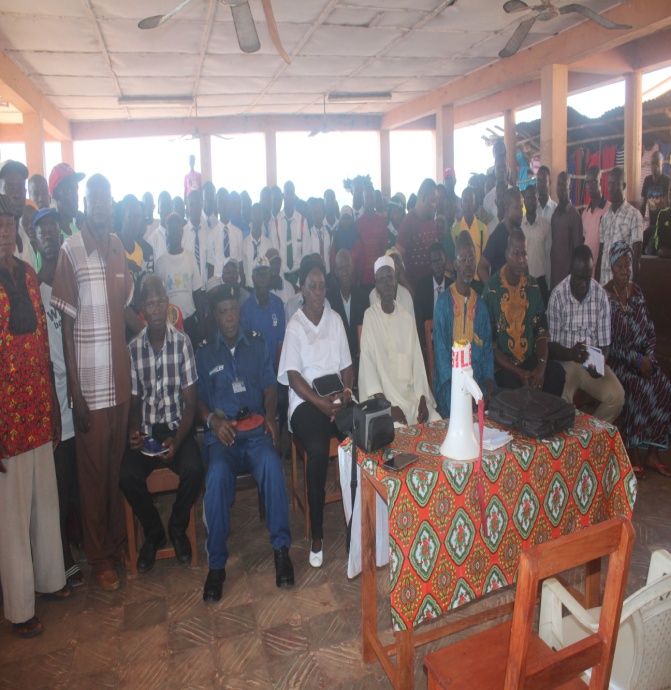 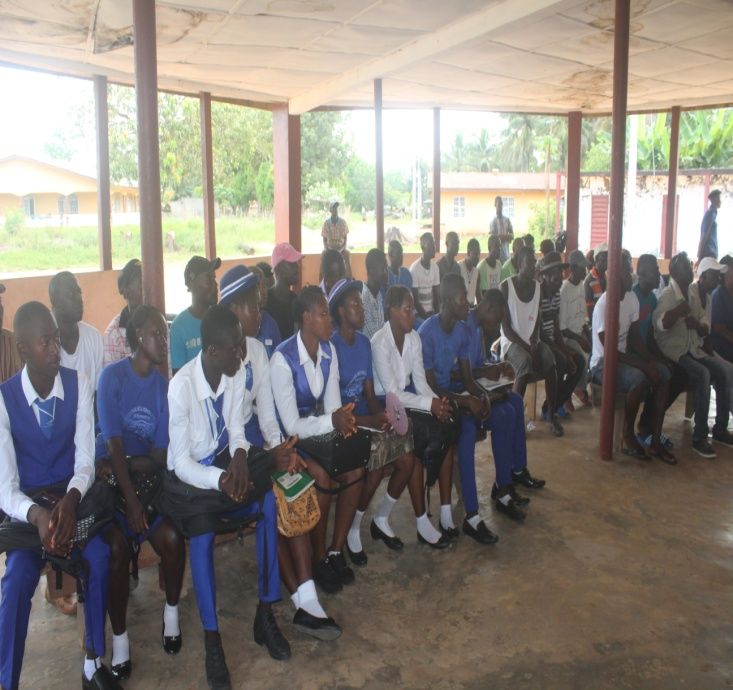