ACC TAKES PAY NO BRIBE TO SAIAMA IN KONO DISTRICT

The Anti-Corruption Commission (ACC) sub-regional office in Kono on Friday 10th May 2019 sensitized stakeholders and other community members at Saiama on the Pay No Bribe (PNB) campaign. Saiama is the administrative headquarters of Lei Chiefdom in Kono District, and it is located approximately nine miles from the Meli River, which marks the boundary between Sierra Leone and Guinea in the chiefdom.

In his presentation, the ACC Sub Regional Manager Wilfred Bangura referred to corruption as a major impediment to good governance and economic growth in a country. He said corruption largely benefits those who perpetrate it at the expense of the bulk of the masses. He said the word ‘petty’ does not and should not be understood to downplay the bad  effects of petty corruption, noting that bribery is likely to occur at all levels of the public sector and can adversely affect Government’s efforts in delivering services to the people.

Mr. Bangura said that DFID funding towards the PNB ended in February 2019, which places the ACC and Government of Sierra Leone in full charge of PNB operations. ‘It is therefore important to note that we continue to inform communities about the PNB as often as we can, and encourage them to report bribery and other forms of corruption to deal with it for the effective and efficient functioning of MDAs,’ Mr. Bangura averred.

Public Education Officer ACC, Aiah P.M. Sourie, pointed out that although Saiama might not be rich in diamonds and gold, it has Government-supported facilities such as a health centre and schools. ‘Staff providing these services must not solicit or receive bribes from the poor locals as the act amounts to a corruption offence if they do so,’ he said, adding that the ACC has secured many convictions and it would leave no stone unturned in dealing with people involved in corrupt practices.

Dilating on the category of free healthcare beneficiaries, Mr. Sourie said people in remote communities are vulnerable, likely to being exploited by corrupt public officers, because they do not have the relevant information to enable them access public services. ‘This is why the ACC is reaching out to far-flung communities to tell them that corruption is a national security issue and the importance for us to come together to mitigate it,’ he said.  He encouraged the locals to, in the event of a suspected corrupt act, be bold enough to call the free 515 number and make report anonymous or otherwise.

The Public Education Officer also pointed out the essence of the free quality education, and implored school heads to uphold best practices to discourage bribery and corruption.

On behalf of the community, Town Chief Kai Osman, said he appreciated the ACC for talking to the community about corruption, noting that although allegations of corruption might be rife among them, almost all of his people did not know where and how to report it. ‘We however know now that 515 is the number to call and report bribery. I am sure all of us with mobile phones can do just that in the bid to help ACC tackle corruption,’ the chief furthered.

Statements decrying corruption and lauding the ACC’s campaign against it were made by imams, pastors, women and youth leaders while the distribution of PNB campaign posters climaxed the engagement.

The PNB campaign was initiated in 2014 with the objective of curbing petty corruption in ministries, departments, and agencies of Government for effective service delivery. As a platform, it affords citizens an opportunity to anonymously report incidents of petty corruption through the toll free number 515, the mobile app, or website, www.anticorruption.gov.sl. 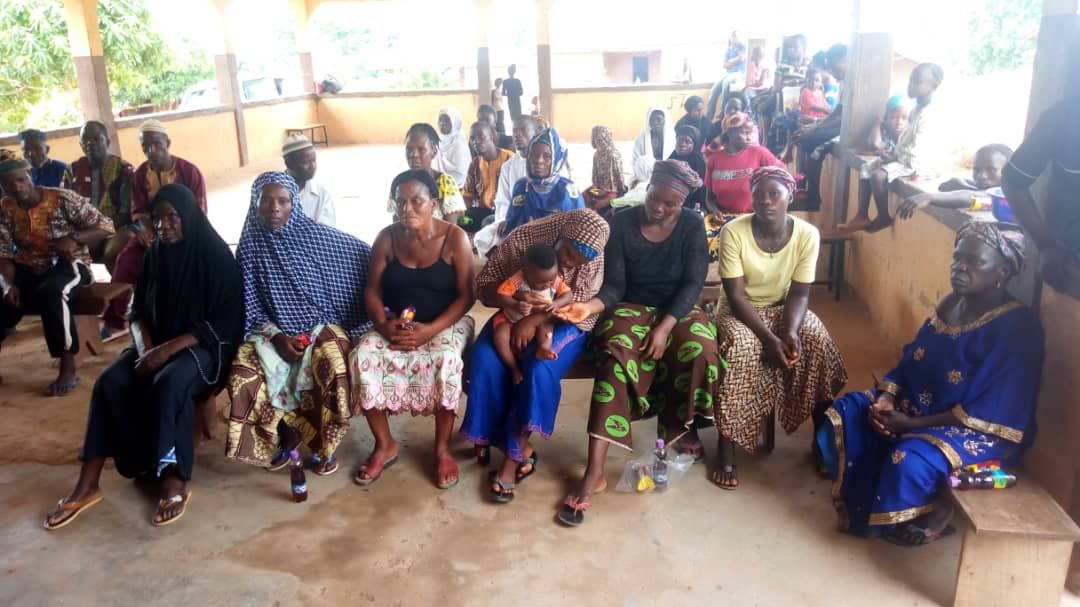