Reaching out to rural communities is a core strategy of the Anti-Corruption Commission (ACC) to spread Pay No Bribe (PNB) messages to different sections of society. It is on this basis, the Northern Region Office of the Anti-Corruption Commission engaged public sector workers and community people in an outreach meeting at the Foredugu Court Barray, Foredugu community, Buya Romende Chiefdom, Karene District on Friday 28th September 2018.

In his statement ACC Public Education Officer Abdulai Saccoh said, ACC sees it necessary to share with them the PNB campaign messages as a way of changing public mindset to desist from acts of bribery. He said that since September 2016 when the PNB reporting platform was unveiled, the targeted MDAs have demonstrated huge commitment through their actions to deal with complaints generated from the PNB portal. Mr. Saccoh assured the people that the reporting methods are absolutely anonymous, adding that the PNB campaign would not succeed if citizens decide to take the backstage and leave it in the hands of ACC and it partners alone.

Public Education Officer Abdul Karim Bangura gave a background to the PNB campaign, noting that it intends to give public sector workers the chance to tackle bribery internally. Mr. Bangura informed his audience that the PNB was introduced to give citizens the opportunity not only to report incidence of bribery but also to know the trend of bribery in the PNB targeted Ministries, Departments and Agencies. He assured them that reports made through the PNB toll free line 515 on all telephone networks, the website: www.pnb.gov.sl, or on the mobile application in Krio, Temne and Mende, are confidential.

Earlier, in his welcome statement, a community leader Pa Dunia Kalokoh said, they were pleased to have ACC in their midst, noting that such engagement would help restore their hopes, as they have been suffering in silence due to lack of information. Pa Kalokoh assured the Commission on behalf of his people of their fullest cooperation in combating bribery and petty corruption for the good of the community. 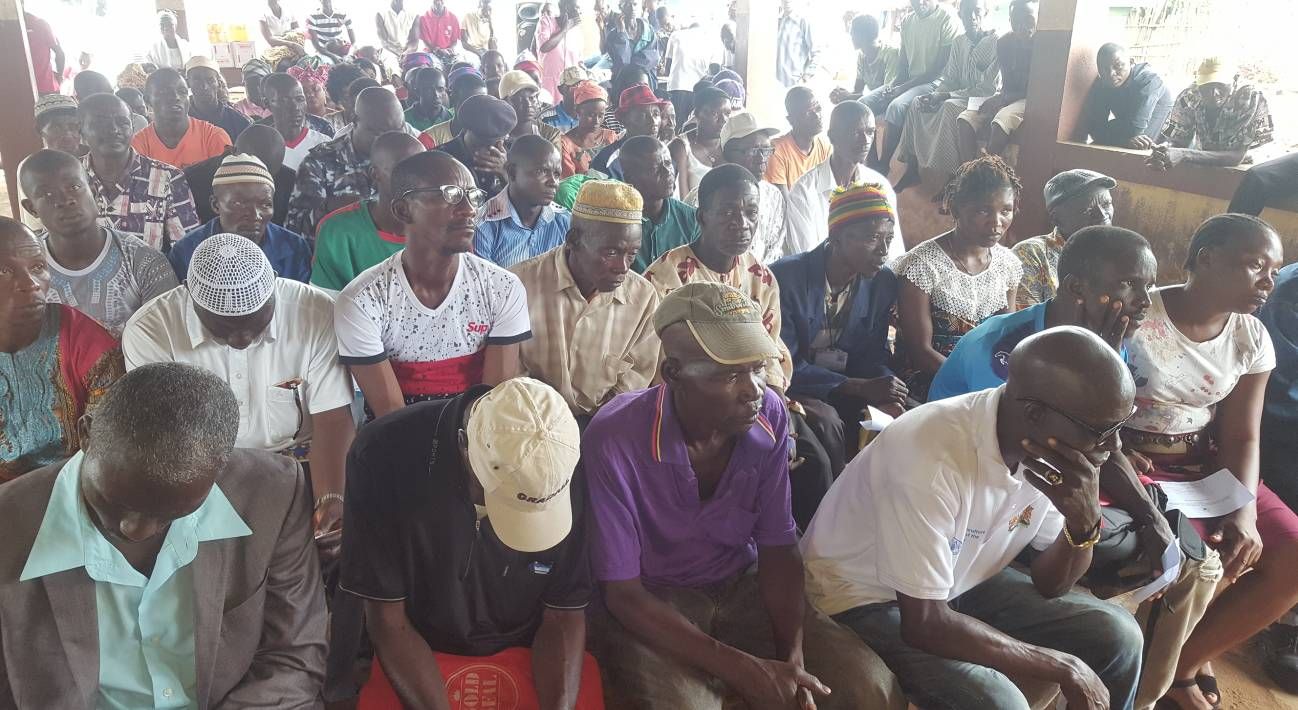 ACC AND MADAM DIALOGUE WITH EDUCATION STAKEHOLDERS ON THE PNB CAMPAIGN