The ACC Manager South has told personnel of the Sierra Leone Police to step up in the fight against corruption and bribery particularly in the traffic sector. Samuel Marah said bribery continues to disrupt due process, hamper progress, derail service delivery, and batter images of our institutions. He was addressing officers at the Pujehun Police Divisional Headquarters during a three-day visit to the District.

His visit comes barely three weeks following publication of the second PNB report for the period January-June 2017. Forty-one percent (41%) of the report on "I paid a Bribe" touched on the SLP.

Samuel Marah said even though Pujehun is outside the districts covered by the PNB, officers there have fundamental responsibility to protect lives and property, executed without fear or favour or involving in acts of bribery and corruption. He encouraged officers to report, arrest, and reject acts of bribery facing them in their operations.

The January-June 2017 PNB reports listed traffic, and payment for bail, as hotspots for corruption occurrence in the SLP.

Marah said to maintain a positive image of the SLP in Pujehun requires commitment and dedication to work by the Local Unit Commander and senior officers, ensuring monitoring of personnel. He encouraged the LUC to develop anti-corruption internal control measures and enforce compliance. According to him, personnel in the traffic can be rotated and caused to produce duty report weekly. CDIID and Integrity Management Committee (IMC) should take lead role in implementing anti-corruption measures, even though the Divisional Headquarter is yet to establish an IMC.

Pujehun District is relatively calm. LUC Frank Alpha said there is no security threat. He said he holds regular muster parade where officers are warned against indulgence in corrupt activities, especially bribery in the traffic.

The Integrity Management Committee (IMC) and CDIID in Bo months ago visited Pujehun as part of a sensitization campaign on the Pay No Bribe and the need to uphold professionalism in the Force. The ACC will continue to make regular visit to the Divisional Headquarters in order to strengthen working partnership.

ACC Public Education officer Joseph Hazeley said he is impressed with the high spirit exhibited by personnel. Speaking on the asset declaration, Mr. Hazeley encouraged them to declare their assets, incomes and liabilities as mandated by law. He said the police has always maintained 100% compliance in respect of asset declaration. 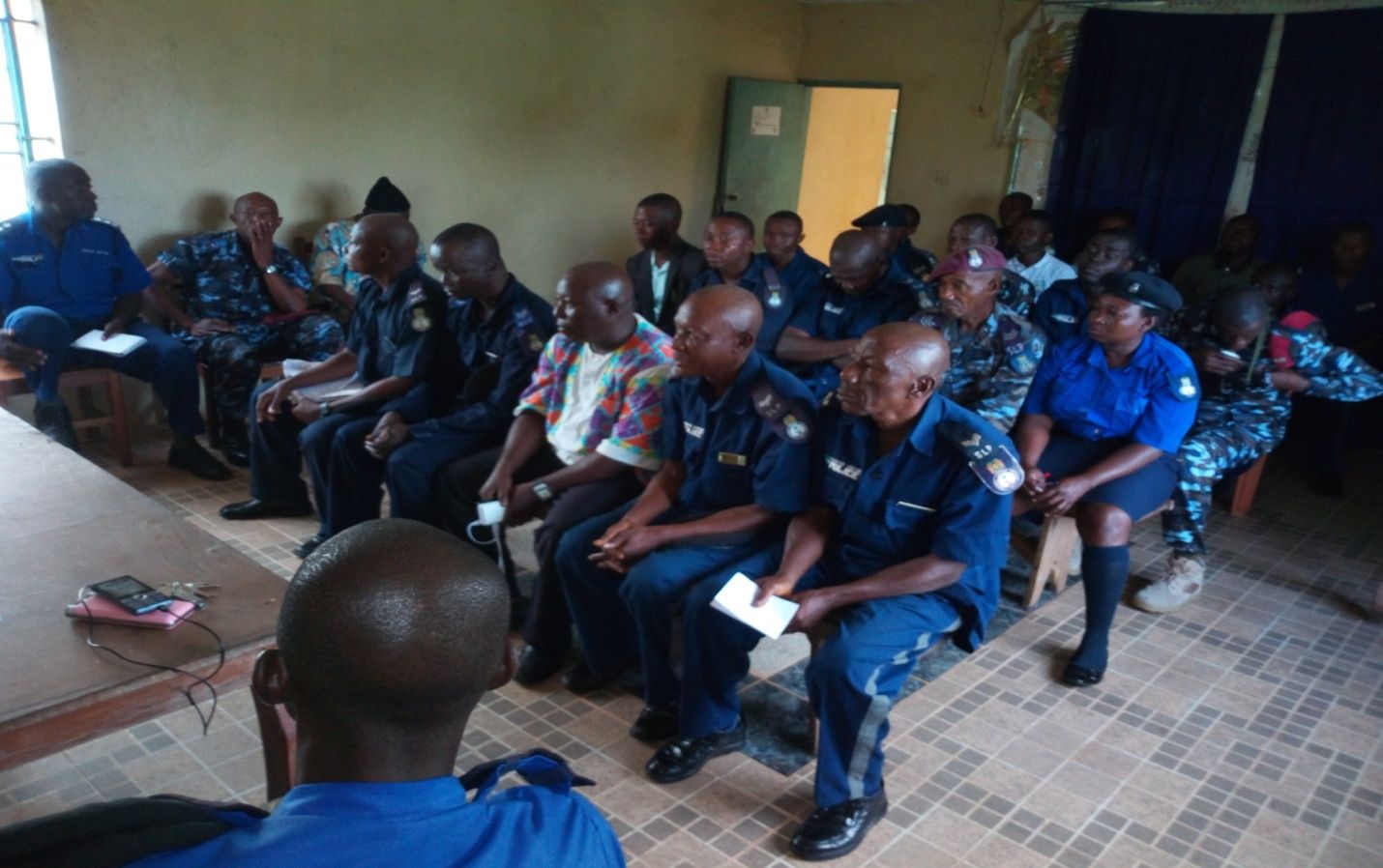