Building partnership to ensure a robust fight against corruption is one of the mandates of the Anti-Corruption Commission (ACC). The Commission exercises this by partnering with both government and non-governmental organisations. This has seen the Commission signing memorandums of understanding (MoUs) with several worthy partners.  On Tuesday 11th September 2018 the Commission signed an MoU with the Civil Society Consortium on Community Accountability and Service Delivery at the Commission’s Conference Room, 3 Gloucester Street, Freetown.

The objective of the MoU is to enhance bilateral relationship and cooperation with the consortium in the fight against corruption in the country.

In his statement, the Commissioner of ACC, Francis Ben Kaifala Esq. described the ceremony as a new era in the anti-corruption campaign. He said, the President Maada Bio has declared war against corruption; and staff of the Commission are soldiers in that fight; adding that partnering with CSOs is a way of collaborating with allies to win the fight. "There can be no better ally to the fight against corruption than civil society," he noted.

The ACC Commissioner said that he is pleased that CSOs are shown enormous interest in supporting the Commission in the fight. He assured the Consortium of the Commission’s commitment to cooperate and collaborate with them and assist them with everything needed in the fight.

Mr. Kaifala informed the audience that the Commission is limited in personnel and resources, noting that signing a pact is an extension of the staffing of the ACC which means, hundreds of men and women working in civil societies organizations, will serve as public education officers and investigators to disseminate anti-corruption messages and bring feedbacks from the communities.

In his address, the Deputy Commissioner ACC, Shollay Davies said, the signing ceremony is a means of cementing the Commission's relationship with the Consortium. He stated that the consortium is made up of five institutions; Accountability Now, Child Welfare Society- Sierra Leone, Health for All Coalition, Center for Health, Democracy and Development, and Child Advocacy Network on Climate Change and the Environment.

Speaking at the ceremony, the National Coordinator of the Consortium William Sao Lamin described the MoU as a marriage which they are determined to treat very seriously. He said that they have over 150 community based organisations across the country, stressing that the anti-graft campaign is not a one man’s business. He called on the Commission to provide capacity building programmes for their staff especially on the work of the Commission, to enable them communicate anti-corruption information at village, chiefdom, district, regional and national levels.

Key provisions of the MoU include; commitment to provide regular and timely feedbacks on project activities, information sharing, ensuring transparency and open practice and to collaborate in mainstreaming the tenets of transparency, integrity, accountability and effective service delivery.

Appending of signatures to the MoU formed the high point of the ceremony.

ACC Commissioner Francis Ben Kaifala Esq. handing over the signed MoU to the Head of the Consortium William Sao Lamin

ACC Commissioner and staff and members of the Consortium 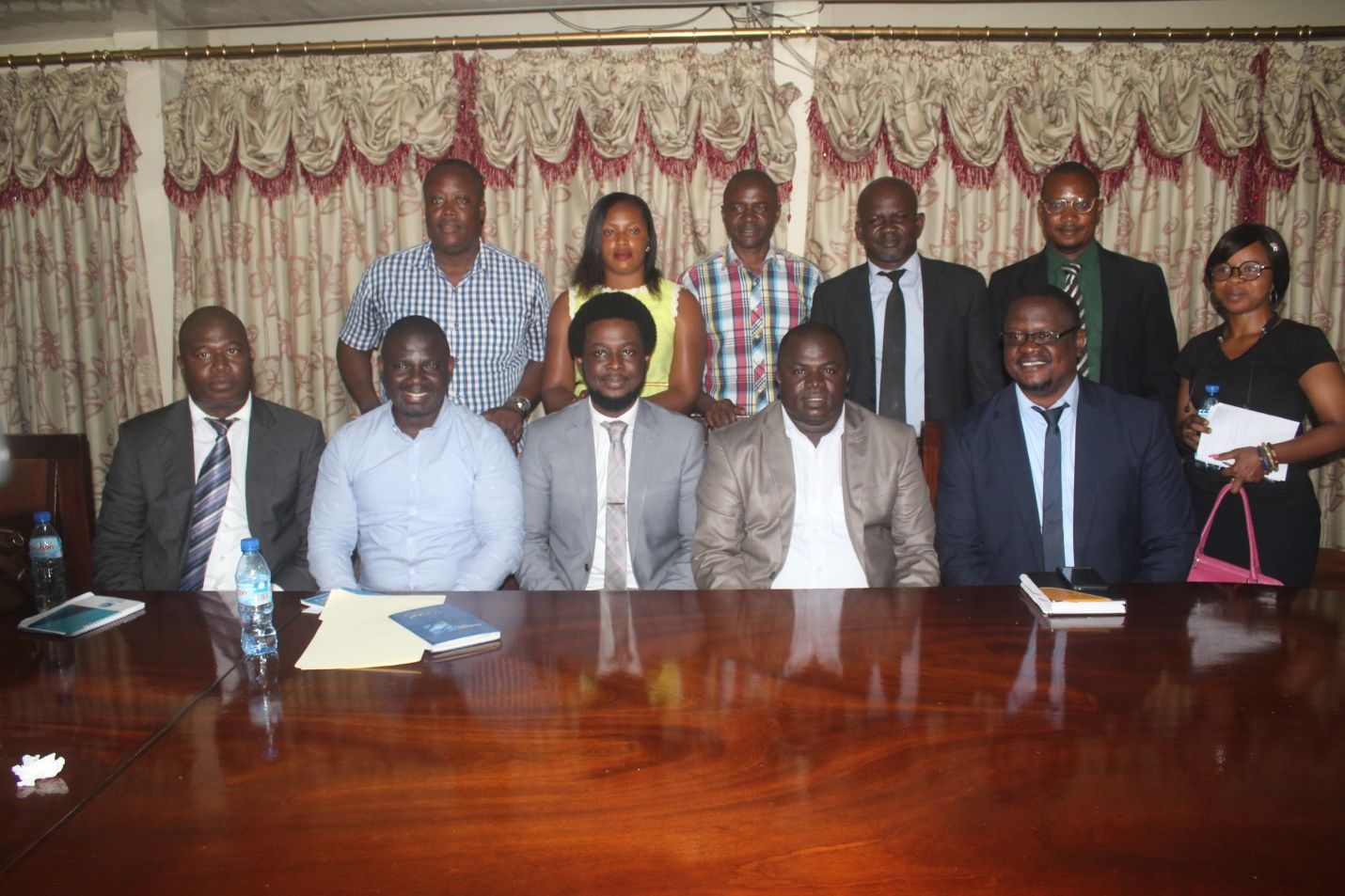 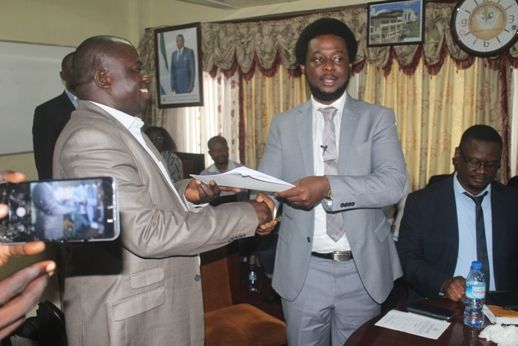