The latest National Corruption Perception Survey Report 2019, conducted by the Centre for Accountability and Rule of Law (CARL), with funding from the Department for International Development (DFID), and support from Christian Aid (UK), Restless Development and Budget Advocacy Network, indicates an exceptional approval rating from Sierra Leoneans on the national crusade against corruption and the role of ACC in the engineering of same.

The survey report titled “Actions, Hopes and Impediments in the fight against corruption in Sierra Leone”; was launched at the Commission’s 3 Gloucester Street Office in Freetown on Wednesday, 29th April 2020.

The study which was conducted in September and November 2019 covered a period April 2018 to December, 2019; and sought a bottom-up account from the Sierra Leonean people regarding their perceptions on the fight against corruption; about the institutions involved; about the delivery of public services, and about their own roles and actions in relation to the fight against corruption.

In a bid to minimize marginal error, maximize confidence level, the study targeted a sample size of 2,400 respondents across the 16 districts with an average of 150 respondents per district—with exceptions to Falaba District with 50 respondents and Western Area Urban with 458 respondents—with a marginal error of +/-2%-- 95% confidence level. According to the specifics of the study, 73% of respondents in Sierra Leone regard corruption to still be a challenge; however, a whopping 92% believes the Anti-Corruption Commission under the exemplary leadership of the young Commissioner, Francis Ben Kaifala Esq. is making an uncommon difference in the fight against corruption with his Radical Transparency Drive.

Additionally, the report indicates that the existence of “sacred cows”—A phenomenon where a person or thing is immune to investigation, indictment and prosecution--has decreased to an all-time low— from 57% in 2017 to 47% in this latest survey report. This validates the Commission’s fierce but fair approach which concerns itself only about what and not who is involved, in its work.

The latest study also reveals a great improvement in the perceptions of Sierra Leoneans on bribery—with only 56% of respondents stating a reduction in the practice of paying bribes to access government services; compared to 71% of people who alluded that it was common to pay a bribe three (3) years ago. This improvement can be linked to the success of the Anti-Corruption Commission’s “Pay No Bribe” (PNB) campaign which was a DFID sponsored project, but has now been incorporated into the mainstream ACC operations and programs. Under the PNB, the public can call a free toll line to report incidences of bribery in accessing public services. The ACC then makes interventions on these reports by either making referrals to Integrity Management Committees (IMCs) in Ministries, Departments and Agencies (MDAs), systems and processes reviews conducted by the ACC on the frequently reported institutions or institute full blown investigation and later indictments, as would be deemed appropriate.

More importantly, 51% of respondents in the survey indicated that Government’s overall efforts in reducing corruption has significantly improved in the last twelve months—referencing the progressive steps taken to amend the 2008 Anti-Corruption Amendment Act (with stiffer punishments for acts of corruption) and the establishment of the Special Anti-Corruption Division in the High Court with dedicated Judges to deal with corruption cases.

These monumental demonstrations of Presidential and political wills in the fight against corruption lends credence to  the New Direction Government of President Julius Maada Bio’s promise of launching a full blown assault on the strongholds of corruption.

A great show of abhorrence and revulsion for the practice of corruption was stated in the report, with respondents demanding for harsher punishments for those convicted of corruption.

This latest DFID sponsored corruption perception survey by CARL, is consistent with other reassuring citizens’ Perception Indexes like the Transparency International Afro-Barometer Perception Survey—which placed Sierra Leone 3rd in Africa on Citizen’s Perception in our national efforts to clamp down on graft—and unarguably rationalizes the ongoing Revolutionary and Radical Transparency Approach by the ACC in leading the war on corruption that was declared by President Julius Maada Bio, which  Francis Ben Kaifala Esq. is leading; and positions the country on an irreversible path to sustainably control corruption; and sets a new trajectory for accountability, effective service delivery, democratic good governance and transformative development. 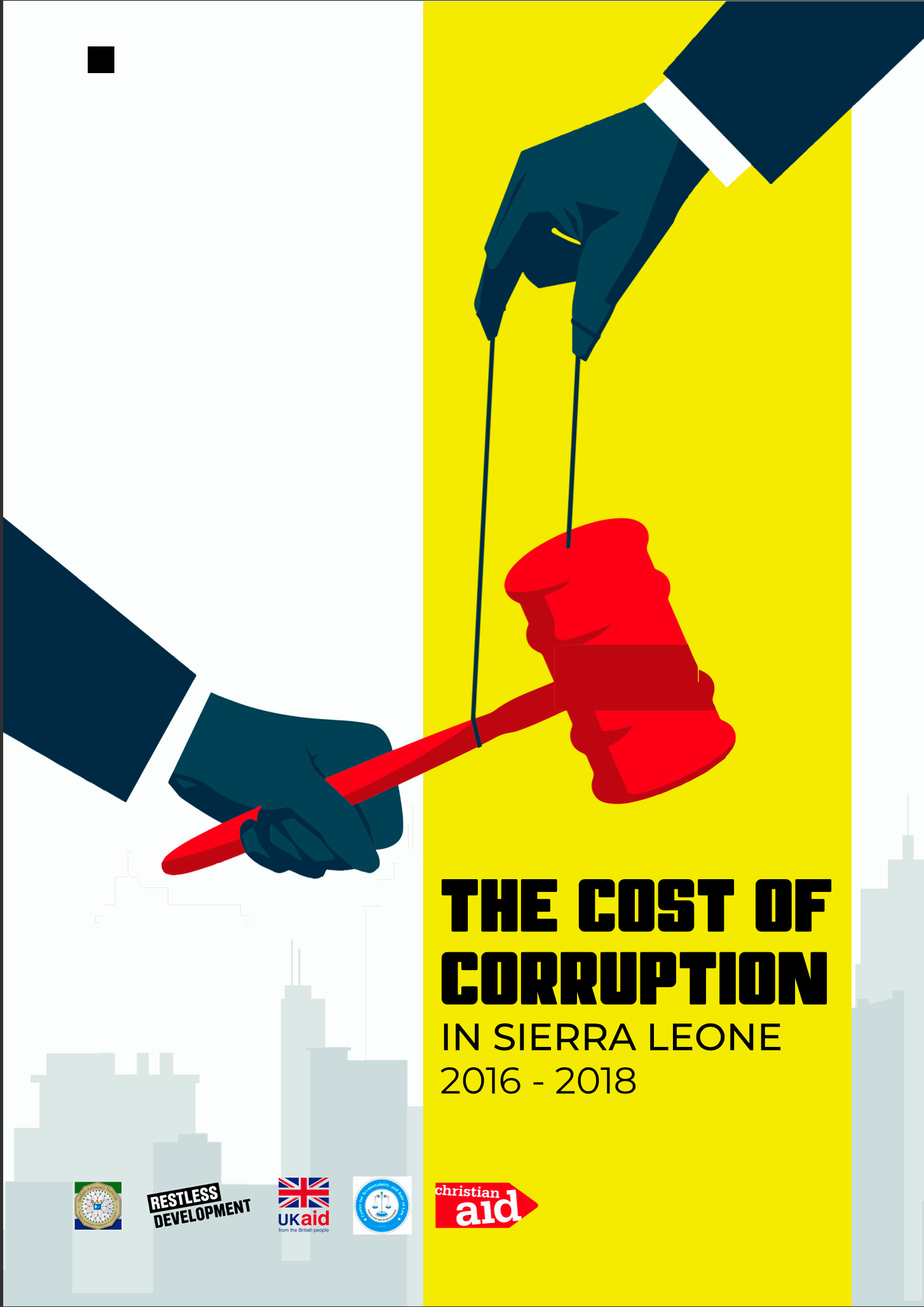 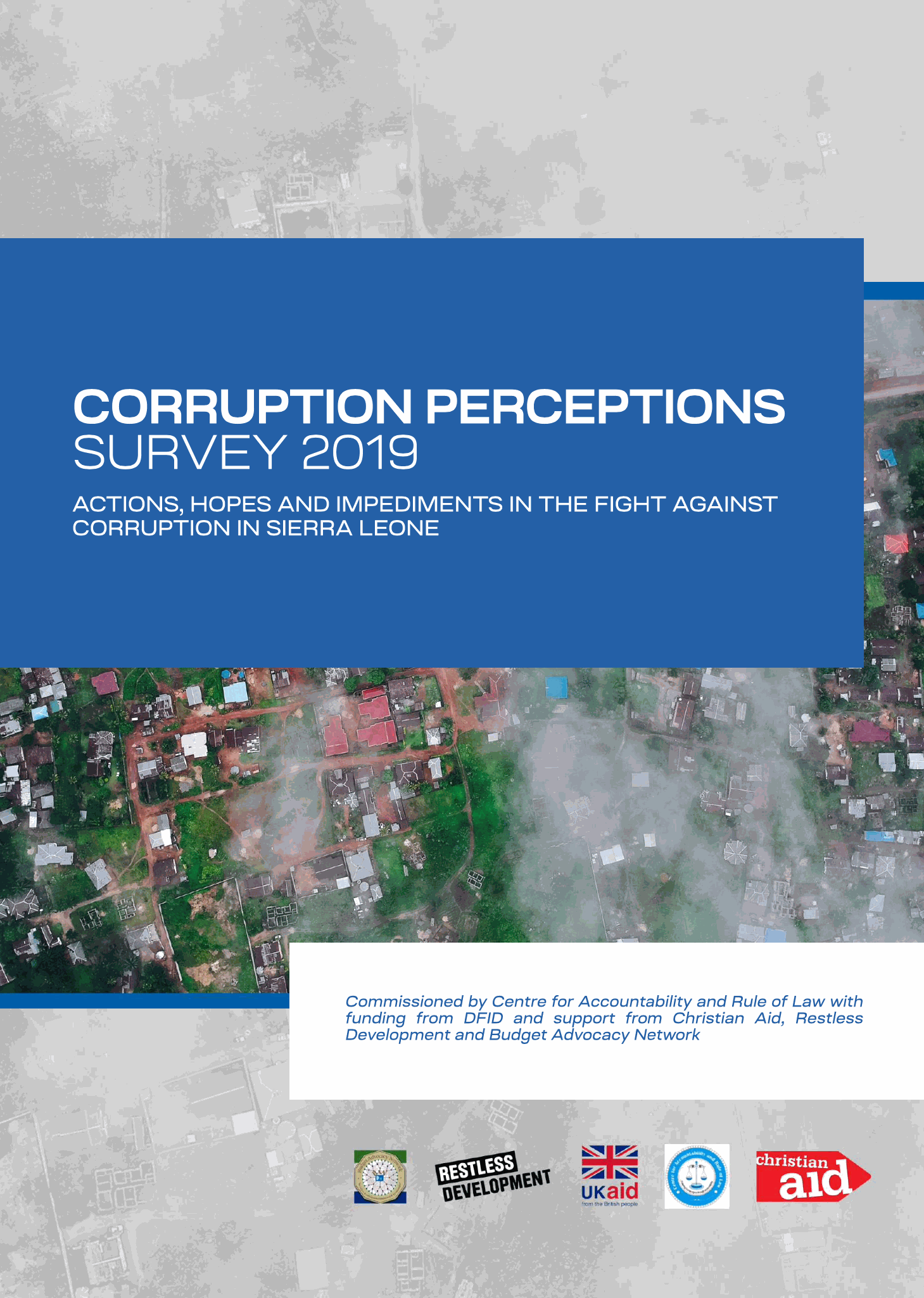