Fifteen ministries, department, and agencies including the Ministries of Energy and Power, Tourism and Culture, Internal Affairs, National Public Procurement Authority, Freetown City Council, National Minerals Agency have discussed plans to popularize and incorporate Integrity Pacts into their operations to allow for proper management of government resources and adherence to transparency and accountability. The MDAs met at the ACC headquarters on Gloucester Street in Freetown.

The meeting comes when the C   omission is on a monitoring exercise of the implementation of the National Anti-Corruption Strategy. This is to assess how far the public sector has gone into addressing administrative issues that provide opportunities for corruption and into implementing anti-graft polices.

The Anti-Corruption Commissioner likened Integrity Pacts to a marriage union defined by an oath of sincerity, honesty, and transparency. Integrity Pact is an agreement or undertaking entered into by the private sector with a government entity that is awarding a contract or going into a business, dictating that the awarder shall not demand a kickback and similarly the awardee shall not offer one. Joseph Fitgerald Kamara said the Pact is a binding instrument that compels contractors or service providers to provide required services according to specification and standards and to uphold integrity and fairness in the discharge of duties.

He said, breach of the Pact is an offence and that Integrity Management Committees instituted in MDAs, procurement officers and other patriotic personnel are encouraged to report violations.

Deputy Commissioner of the Anti-Corruption Commission Shollay Davies noted that about 60 % of government revenue goes into procurement of goods and services and other material assistance. He said procurement violations have attracted a high magnitude of corruption involving mostly billions of Leones. Mr. Davies said he is hopeful that Integrity Pacts will address corruption in this area through constant and effective monitoring of biding processes and implementation of contracts.

MDAs including Ministries of Tourism and Culture, Internal Affairs, Bank of Sierra Leone      , Guma Valley Water Company highlighted ways of applying Integrity Pacts into government operations. Permanent Secretary of Internal Affairs Augustine Sheku said, attention has to be paid to those individuals who operate outside government, influencing procurement procedures for their selfish gains. Senior Cultural Officer of Tourism and Culture suggested the application of integrity test to gauge compliance. Mohamed J. Musa Head of Capacity Building Department at National Public Procurement Authority argued for the inclusion of the Pact into the General Conditions of Contract. The Pact will automatically become part of the NPPA policy which stipulations both government and the private sector have to follow.  While the ACC buys into this view, the Commission holds that once the Pacts are agreed to and signed by MDAs, they become enforceable.

Director of National Anti-Corruption Strategy Secretariat Nabillahi-Musa Kamara highlighted the benefits of the Pact which leads to confidence building in doing business with government, enhances transparency and accountability in procurement and saves tax payers money.

Integrity Pact is a continued effort to roll out the National Anti-Corruption Strategy 2014-18, and is an apparent mechanism to build and improve on the administrative measures of ministries, department, and agencies in tackling and addressing corruption.Start writing here... 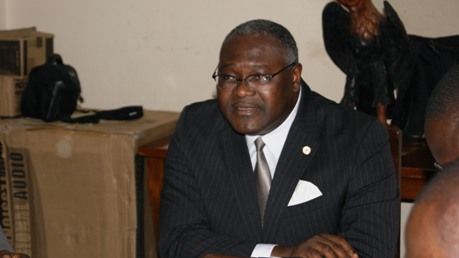 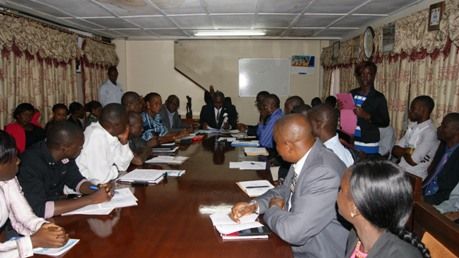