A meeting of thirty-four Ministries, Departments, and Agencies (MDAs) in Kono was on 19th November convened by the Anti-Corruption Commission (ACC) in its Conference Room, 37 Masingbi Road, Koidu City. Sixteen of the MDAs were directly represented by their respective leaders, while the others were so but by senior officials.

The object of this all-important meeting was to urge stakeholders form Integrity Management Committees within the MDAs, and strengthen existing but moribund ones in some others, according to ACC Public Education Officer, Aiah P. M. Sourie, based in the district.

Setting up IMCs in MDAs is in keeping with the National Anti-Corruption Strategy (NACS) Implementation Action Plan 2019-2023. Once functional the IMC primarily serves as an internal preventive mechanism to foster due diligence in the public and private sectors, inspiring integrity, transparency, and accountability to bridle corruption through anti-corruption and democratic governance guidelines.

Launched on 14 August this year, NACS is a product of national consultative and interactive approaches involving major stakeholders; it is driven by three important principles of enforcement, education, and prevention to deal a deft blow to corruption, which is a national threat. According to ACC Senior Investigations Officer, Alpha G. Koroma, who steered the meeting, NACS 2019-2023 is the fourth anti-graft tool with three of its ancestors which had spanned from 2004 to 2018, each one lasting for five years.

Mr Koroma implored the public stakeholders to build IMCs in their respective institutions. This, he emphasized, would at least indicate that they are poised to help fight corruption in earnest. ‘The IMCs will go a long way, with training from the NACS Secretariat, to confront corruption even at a glimpse. And building a watchdog committee like the IMC within a public body demands, to start with, integrity. It will take sincere patriotism to watch for conduct that conflicts with standard practices in your own institutions,” he said.

As given in the NACS Implementation Action Plan 2019-2023, the chairman continued to say, each IMC should constitute the following members: Deputy Head of Institution, Heads of Internal Audits, M & E, Procurement, Finance, Operations, and Human Resources.

However it was noted in the meeting that some institutions are constrained with staff, and therefore concerns were raised about what best could be done under such circumstances. “In case you do not have plenty of staff to form the IMC, I encourage you to get started with whatever number you have, while we await further instructions from headquarters in Freetown. Not setting up an IMC on account of short staff serves a recipe for corruption in an institution,” Mr. Koroma remarked.

In making her contribution the ACC Sub Regional manager, Hawanatu Omotayo Kamara, reechoed the significance of the IMCs, adding that they could recommend a review of the systems and processes of its institution to the ACC. She said such a suggestion would more largely benefit institutions that are allegedly fraught with corruption, adding that all of this falls within the preventive approach of the Commission, with specific reference to objective two of the new NACS.

Having given an overview of the dangers of corruption, the manager informed the public officers that the narrative with regards to the fight against corruption has dramatically changed with Francis Ben Kailafa Esq in the saddle of the Commission: ‘While we work with you to form your respective IMCs, I must state here that the ACC is making inroads in tackling corruption and dealing with corrupt persons. The Amendment Act 2019 is the most recent instrument handy to the Commission to ensure a corruption-free country: amongst other provisions, this document allows for stronger penalties for culprits and protection for ACC whistle-blowers and witnesses,’ Mrs Kamara said, disclosing that corruption is now a very expensive and dangerous enterprise for anyone in foolhardy contempt of imprisonment or so.

The stakeholders also had their part to play. Mohamed S. Mansaray, Gender Officer, who represented Kono District Council (KDC), said he was very pleased with the activities of the ACC, revealing that his institution, upon earlier information received from the ACC, had gone ahead to form its IMC with all seven members active. Mr. Mansaray however stressed that training IMCs for quality performance within the MDAs would be a timely intervention, and the ACC should act as necessary. The officer seized the opportunity to encourage other institutions to follow KDC’s example.

9th Battalion of the Republic of Sierra Leone Armed Forces in the district was also represented by Commanding Officer, Lt. Col. W. T. Pessima who said unequivocally, ‘Corruption is destructive.’ He applauded the work of the Commission, and added that the RSLAF as a disciplined institution understands the importance of forming IMCs in public bodies. He pledged on behalf of his institution to support the ACC in prosecuting corruption.

Further meaningful contributions were offered by other institutions such the Sierra Leone Roads Safety Authority, Ministry of Basic and Senior Secondary School Education, Ministry of Health and Sanitation/PHC, and the Teaching Service Commission.

Patrick Hinga George, ACC Social Safety Net District Monitor who, after having summarized the importance of establishing IMCs in MDAs, moved the Vote of Thanks on a note of calling for concerted efforts to kick corruption out of Sierra Leone. 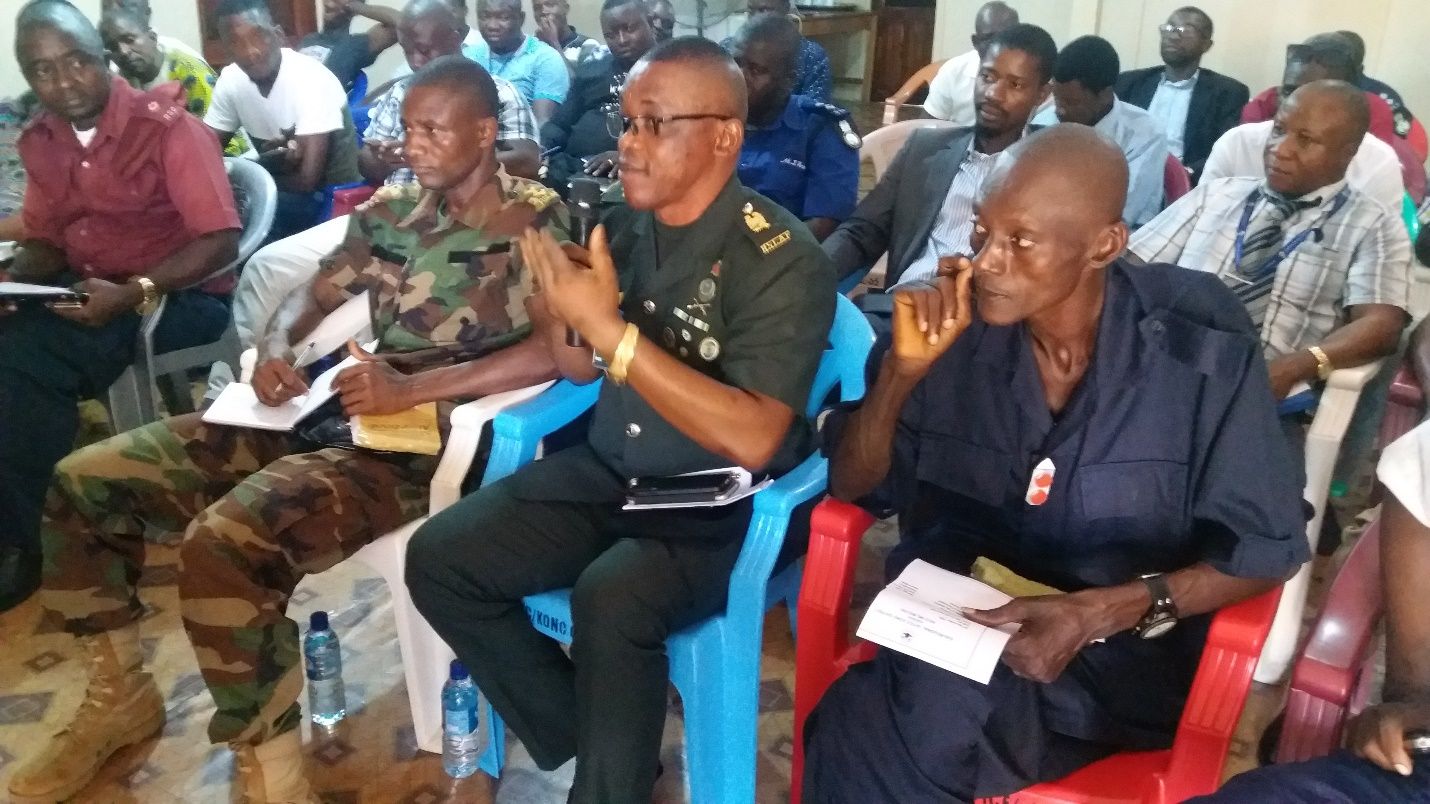 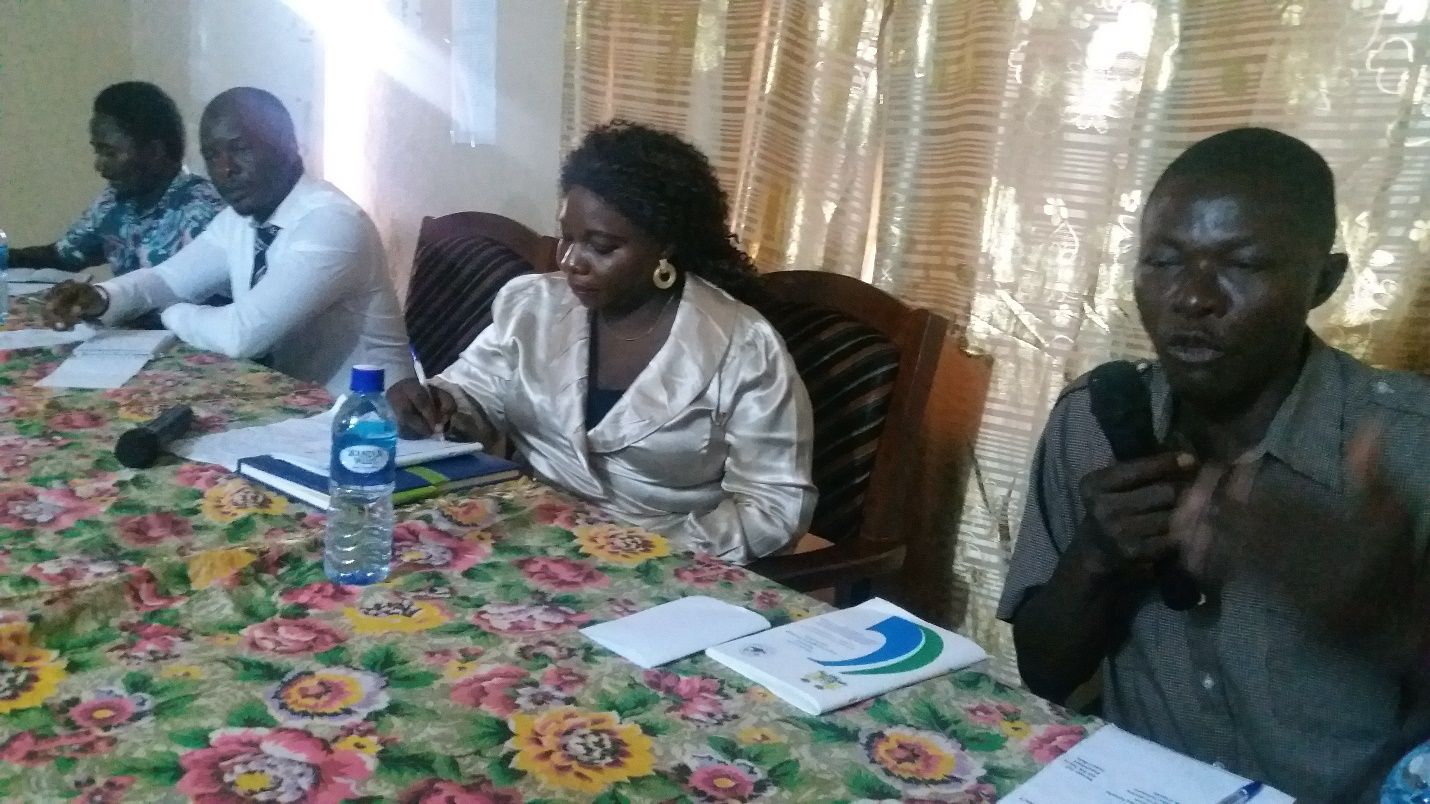