STATEMENT DELIVERED BY AUGUSTINE FODAY N’GOBIE, THE DEPUTY COMMISSIONER OF THE ANTI-CORRUPTION COMMISSION OF SIERRA LEONE AT A SIERRA LEONE POLICE RETREAT AT THE PLACE HOTEL, TOKEH ON THE 13TH APRIL 2021.

I bring you warm greetings from the Commissioner and staff of the Anti-Corruption Commission of Sierra Leone.

I’m particularly pleased to be here this morning to commune with my brothers and sisters of the Sierra Leone Police Force. Whenever I get the opportunity to attend an event organized by the Sierra Leone Police, there is always a buzz of excitement within me; because, I always look forward to it as a homecoming. As many of you will know, I served the Police Force for over … years, before retiring to join the Anti-Corruption Corruption of Sierra Leone, as an Investigator.

The essence of this retreat, as stated in the concept note, is to collect genuine feedback from different sectors on the general perception of the citizenry about the Sierra Leone Police; with the intention of using these feedbacks to develop best practices that will engineer the process of making the Sierra Leone Force a “Force for Good” in its entirety.

I therefore believe my institution is better placed to make significant inputs into this discussion because, for over five years now, the Anti-Corruption Commission has been implementing a project called the Pay No Bribe Campaign, which was initially a DFID sponsored project but now bankrolled by the government because of its successes in addressing the culture of corruption in the public service. The pay No Bribe campaign is a 515 hotline established by the Commission where citizens can make calls to report acts of bribery in attaining public services from selected public institutions.

Unfortunately, when we analyze these reports on a yearly basis, the Sierra Leone Police Force is always regarded as the most corrupt public institution by the public based on the unprecedented acts of bribery and other acts of petty corruption that a few of members of the force engage in. This unwelcomed perception of the public of the Sierra Leone Police has contributed greatly in reducing public confidence and trust in the force.

However, that the police always comes out on top as the most corrupt institution based on the reports we receive, does not mean the majority or every police officer is corrupt. It just shows that the actions of a few individuals, especially traffic officers who come in regular contact with the citizens, if left unmitigated, will have an overarching effect on every member of the force. Therefore, this event is very apt and timely, as it will inform the Police hierarchy with enough facts to develop and implement the much needed reform in the Police force.

At the Anti-Corruption Commission, our administration under the leadership of Francis Ben Kaifala has embarked on landmark reforms which is responsible for the remarkable progress we are making in the fight against corruption for the good of the country. Let me give you a few example:

-          The Anti-Corruption Amendment Act, 2019— In November 2019, Parliament passed into law the Anti=Corruption Amendment Act 2019, after the Bill had been ‘’Assented” to by President Julius Maada Bio. The new law increases the minimum punishment for major corruption offences; strengthens witness protection; allow the Commission to prosecute corrupt officials or recover from them monies misappropriated plus a minimum 10% interest and a mandatory ban from public office. The Act also provides for the trail and conviction of accused persons in absentia; gives the Commissioner power to direct that contracts may not be proceeded with where he, in concurrence with the Chief Executive of the National Public Procurement Authority, has reason to believe that a contract is not in the interest of the country.

-          Creation of a Special Anti-Corruption Division—a special Division of the High Court has now been created by the Chief Justice to hear and speedily dispose of corruption cases.

-          Five dedicated judges have been assigned by the Honorable Chief Justice to try and dispose of Corruption cases.

-          1. Millennium Challenge Corporation (MCC): In three years consistently, Sierra Leone has incrementally passed the control of corruption scorecard. It emerged from a failing percentage of 49 prior to the arrival of Commissioner Kaifala.

-          Under the current Commissioner, the country scored a stellar 81 percent in the fight against corruption. This played a pivotal role in the country’s selection for a multi-million dollar compact development fund by the government of the United State’s MCC.

-          4. National Corruption Perception Survey: 92% of respondents believe that the Commission is gaining significant grounds in the fight against corruption.

What is Police Corruption?

I will lay the foundation of this presentation by first defining what Police corruption is. It can generally be regarded as acts of misconduct by police officers aimed at obtaining financial benefits or other personal gains in exchange for selectively enforcing or manipulating rules, as well as the conduct of investigations and arrests.

1.      Street-level bribery and extortion: This involves acts of bribery in the everyday interactions with citizens whereby police officers use their power to obtain money from members of the public in exchange for not reporting illegal activities or expediting bureaucratic procedures.

2.      Bureaucratic corruption: This refers to the misuse of internal procedures and bureaucratic processes and resources for private gain. There are many internal processes that can be subject to abuse, as police forces are typically very large institutions with considerable numbers of staff and extensive assets to manage. For example, as in other areas of the public sector, police contracting and procurement processes are especially vulnerable to corruption.

3.      Organized Crime: Police officers can abet crime either by building their own criminal enterprises, by protecting illegal activities from law enforcement, and/or by conspiring with criminals to commit crimes. A typical form of collusion between the police and criminals is the collection of kickbacks from gangs, drug dealers and operators of illegal establishments such as brothels or casinos to protect the involved criminals and their revenue streams from law enforcement

4.      Other forms of corruption in the daily interactions with citizens involve practices such as extorting regular payment from market vendors, charging for services that are meant to be free, demanding or accepting a bribe for leaking information, for losing court evidence, or for issuing permits. Corrupt payments can also be in-kind and entail free drinks, meals, or other benefits in exchange for preferential treatment.

Adequate response to corruption in the force is a panacea to restoring sufficient public trust; essential in maintaining peace and stability of the state; and help to promote democratic good governance—which as all requirements for attaining our sustainable development goals as a nation. It is therefore imperative that strengthening the accountability of law enforcement institutions is of critical importance to effectively combating corruption and break the circle of impunity, especially in countries like ours where, over the years, corruption had become the accepted norm. Below are recommended strategies for curbing corruption in the Sierra Leone Police Force:

-          Investigation, prosecution and removal of tainted police officers, as well as the creation of effective mechanisms to detect and punish police crime. This may involve strengthening the investigative capacity of the institution with specialized intelligence techniques, reinforcing internal disciplinary measures, as well as establishing permanent accountability mechanisms and integrity management systems across the institution.

-          Strengthening external accountability mechanisms and promoting the police’s operational independence from the executive. Creating an effective system of checks and balance, promoting transparency of police operations through access to information, limiting the use of broad exemptions for security matters, etc. This also may include interventions aimed at building public awareness, strengthening citizens’ demand for change and mobilizing political will for reform.

-          Systems and processes review that will change the underlying structures that encourage corruption and create an institutional environment that decrease incentives and opportunities for corrupt practices. This can be done by reforming the management systems and organizational culture of the institution with measures aimed at promoting integrity at all levels of the police institution, strengthening accountability mechanisms and engaging with the community. Human resource management systems, poor terms and working conditions can provide both incentives and opportunities for police officers to resort to corruption. Human resource management is therefore a critical area to consider for minimizing police corruption risks, as it lies at the core of the organization’s incentive system.

-          Appointment procedures must be open, fair and transparent to recruit the candidates with the highest professional qualifications and ethical standards. Similarly, it is important to establish a robust and transparent merit-based promotion system, based on fairness, openness, ability and performance. Policies should also be implemented to ensure regular staff rotation in high risk positions.

-          As part of the efforts to promote professional and merit based career standards, police staff need to be equipped with the skills to perform their function in a professional, impartial and ethical manner. To achieve this goal, police forces should be able to rely on training and development systems that promote high standards of professionalism and ethics.

-          As low wages are likely to provide negative incentives to police officers, living wages should be provided to members of the force with regular and reliable salary payments. In Singapore, for example, increasing the salaries of civil servants and political leaders with the view to making them more competitive with the private sector has been an integral part of the efforts to decrease the opportunities and incentives for corruption (Quah, S.T., 2007). In Afghanistan, police reform includes measures aimed at reducing the excessive numbers of senior officers and using the savings to increase the salaries of rank and file officers (USAID, 2007).

-          Ideally, anti-corruption strategies should aim at establishing an organizational culture that relies more on peer pressure than punitive approach to promote and support police integrity. An important step in this direction can be the development and implementation of codes of conduct for all police staff, addressing all forms of unethical behaviours, including sexual extortion or harassment.

-          Community-based policing: within the framework of democratic policing, community- based policing, crime prevention and victim empowerment strategies are increasingly being proposed to help restore trust between civilians and the police and to gain community support for police reform. Community-based policing promotes partnerships between police and communities to address community concerns and ensure that the police respond to the needs of the broader public. Successful anti-corruption strategies rely on the public’s cooperation to report acts of police misconduct.

-          External oversight: As already mentioned earlier, police operations must be transparent and open to public scrutiny. The police do not operate in a vacuum and need to be held accountable for their use of public resources by external state and non-state oversight bodies. External oversight mechanisms can include promoting parliamentary or judicial oversight of police operations, civil society monitoring in the form of civilian review boards or establishing specialized control bodies such as national police commissions or police service boards

-          The Sierra Leone Police Force has come a long way since its establishment. Despite the prevailing challenges confronting the force, one incontestable fact is that, a lot of progress has been made in over-coming these challenges, with a view to permanently positioning the force as “A Force for Good”. And events like this retreat is a giant step in the right direction in rebranding and repositioning the institution as one where police officers are perceived more as a source of protection than fear. I thank you all for your attention.

God bless you all! 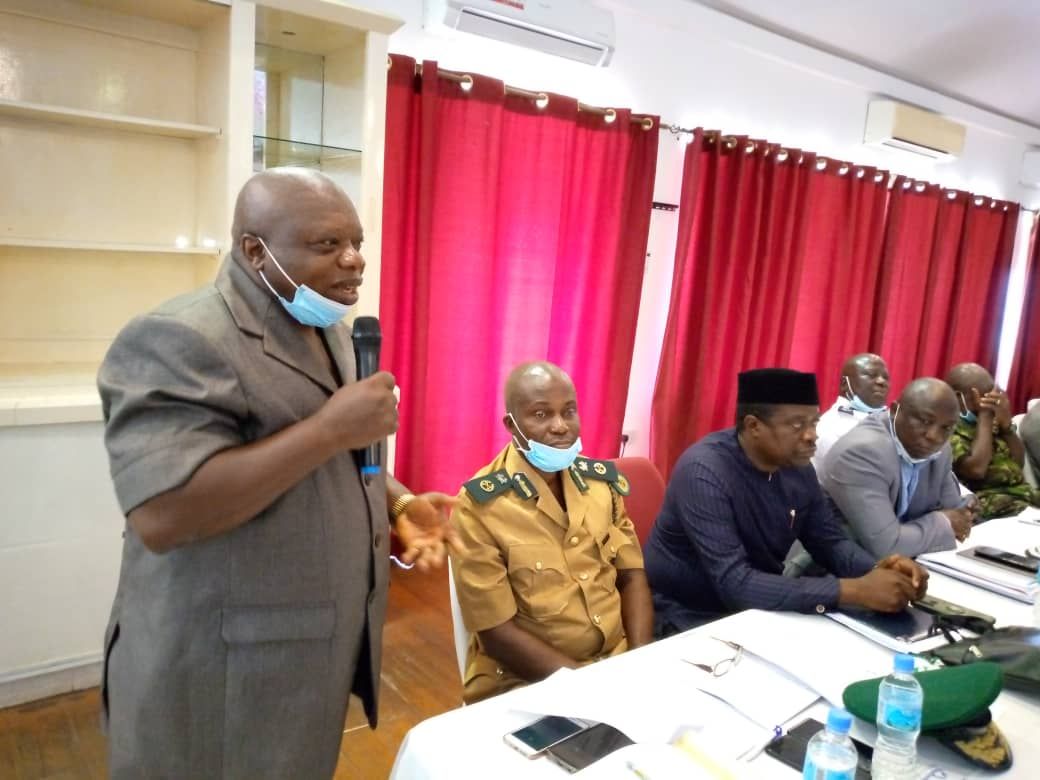 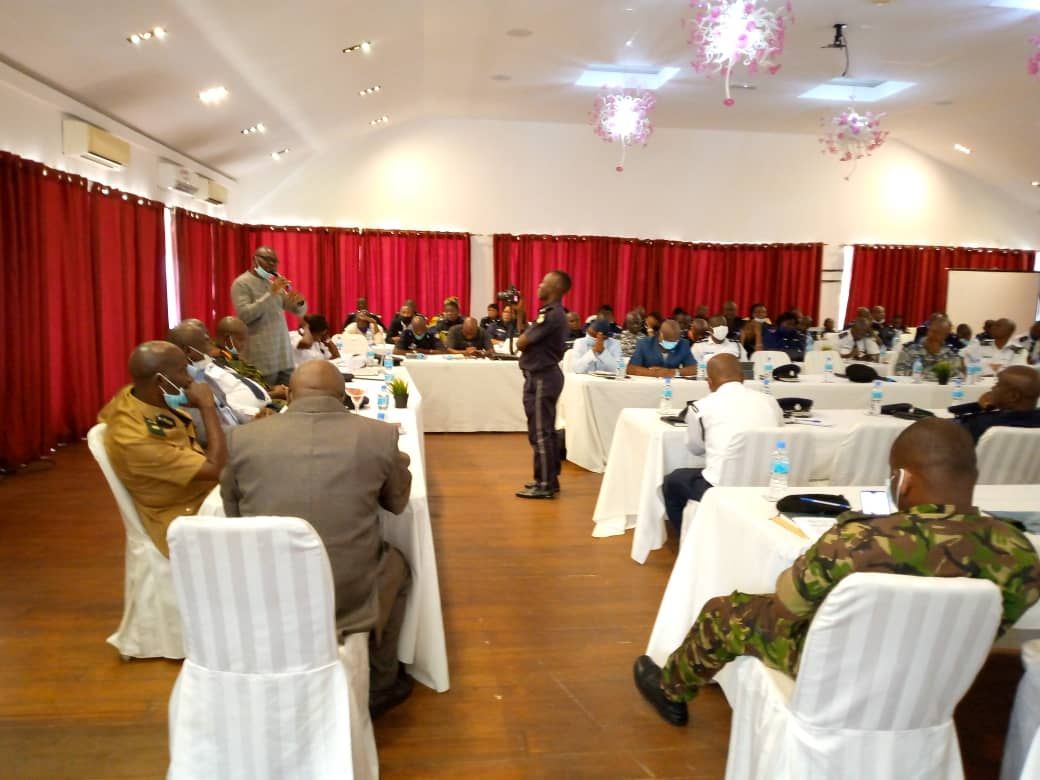 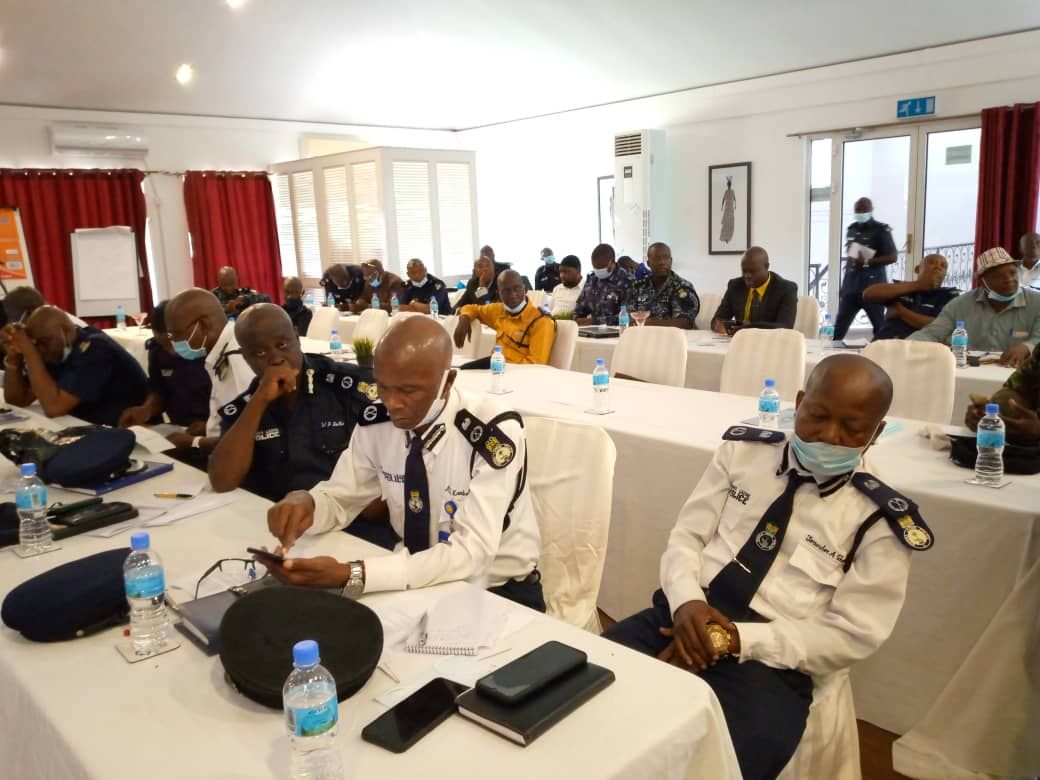