The Anti-Corruption Commission (ACC) continues to hear mind-blowing and inspirational real life testimonies of the positive impacts of the unconditional cash transfer to extremely poor households across the 16 Districts of Sierra Leone. The latest of such testimonies happened at Tauwuya Community, Gbinleh Chiefdom in the Kambia District during a customized sensitization engagement with the beneficiaries of the World Bank, UNICEF and Government of Sierra Leone supported Social Safety Net (SSN) Emergency CoVID-19 Response Project.

The project, which is intended to mitigate the harsh and intolerable ramifications of the CoVID 19 pandemic and its related restrictions on poor vulnerable households, provides an unconditional cash relief package of Le:2,618,000 to over 35,000 beneficiaries via two tranche payments. The ACC’s role in the project is to ensure transparency, accountability and integrity in the cash transfer project since 2014, through a structured Grievance Redress Mechanism process.

In this latest testimony, Mabinty Sankoh, a widow in her early thirties with four children, who has been cutting wood to feed and care for her children, narrated her pitiful story in the packed full Tauwuya community hall on Tuesday the 10th of August 2021. ‘’I lost my husband shortly after we had our fourth child following a brief ailment. It was not easy, I had four mouths to feed, care for and support. I had to work for people to get food for us, which was never enough. We slept on empty stomachs severally; they were malnourished, in tartars and made laughing stocks. I lost hope. See my hands, I became a wood cutter in a community where almost everyone could go to the nearby bushes to collect firewood. I was frustrated. I was branded insane. That is just what I was as I had lost my senses. The pains of seeing my children go without food, no father to help them and no one to lean on was too much for us…we suffered’’…tears dripping down her cheeks at this point Mabinty and many in the hall including this writer could not hold back their tears. Her story was indeed a hard one.

When she summed up the nerves to continue her story, Mabinty Sankoh emotionally said that with the cash transfer her family’s story has changed. She said, ‘’look at me, my life has changed; my children are back in school. I now have my own business and it is doing well. I thank God for the Government of Sierra Leone, World Bank, all partners, and you, ACC for standing firm to ensure we received our blessings. This money is nothing but a rescue from starvation and abject poverty for me and my family.’’.  She requested government to continue to help vulnerable Sierra Leoneans.

Another beneficiary, Kadiatu Kebbay in her late forties, told the meeting that when she received the first payment, with the support of her aging and ill husband, they sent their children to Junior and Senior Secondary Schools in Kambia and also started palm oil and flour business which is doing well. She stated that before the money, they had all stopped going to school.

The Paramount Chief of Gbinleh Chiefdom, PC Alhaji Alusine did not mince his words in heaping praises on the government and partners for helping poor Sierra Leoneans unconditionally, especially his people. The Honourable Paramount Chief said many doubted the project in the beginning. ‘’We have never seen a project like this that distributes cash to poor people unconditionally without any strings attached. This is historic and we are proud of you all especially the ACC for ensuring accountability and transparency in the project’’. He pleaded for more support for his people.

The ACC team, which comprised Margaret Murray, Public Relations Officer, Sylvanus, Blake Senior Public Education Officer and Pete Dalton Sesay, Audio-visual Assistant, earlier entreated their audience on ACC’s activities and gains, the Commission’s role in the CoVID-19 ERP SSN project and how and why to report all suspected occurrences of corruption to the ACC. 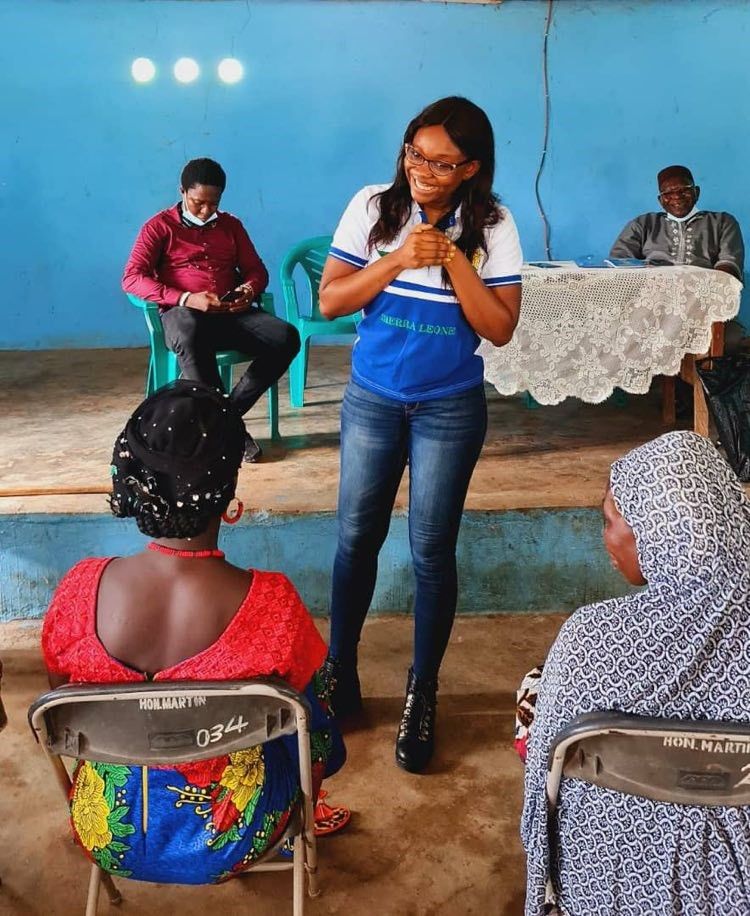 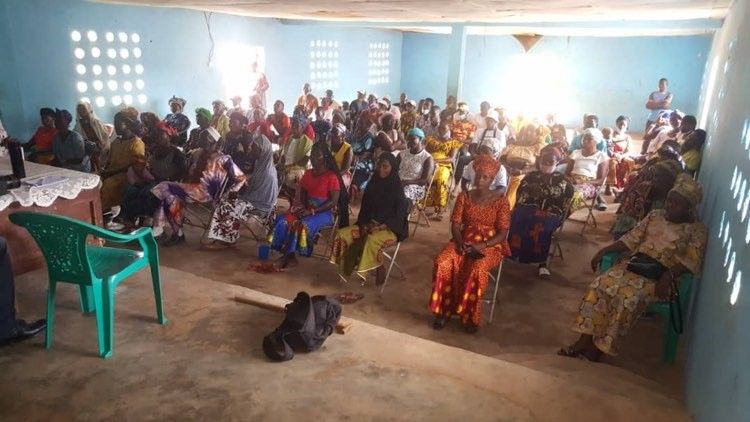 ANTI-CORRUPTION COMMISSION AND THE EDUCATION SECTOR: THE DEPLOYMENT OF THE THREE-PRONGED STRATEGY IN THE FIGHT AGAINST CORRUPTION