As a major deliverable of the current leadership of the Commission, the Anti-Corruption Commission has on Thursday 17th October 2019, formally opened its new North-West Regional Office in Port Loko Town amidst great aplomb; under the distinguished Grand Chief Patronage of the  Resident Minister of the North-West Region, HON. Haja Isata Abdulai Kamara. Giving the welcome address at the well attended ceremony, Deputy Commissioner of the ACC, Augustine Foday Ngobie, thanked all present for making it to the event which he termed as an epoch making one.

Chairman of the occasion, Ibrahim Santigie Bangura, the Chairman of the Port Loko District Council, expressed gratitude to the ACC for extending the fight against corruption to this part of the country. He encouraged the regional office to bolster its public education drive, as more people are yet to come to terms with the dangers of corruption.

Representing the Paramount Chief of the Bakeh Loko Chiefdom, Adikali Mella II,  Chiefdom Speaker, Chief Malapi M.A Tarawallie, stated that the people have long waited for this momentous day; and assured the ACC that the people are wholeheartedly in support of the President's genuine war declared on corruption, which, according to him, has held the destiny of the country to ransom.

In his keynote address, Commissioner of the ACC, Francis Ben-Kaifala Esq. thanked the President of the Republic of Sierra Leone, His Excellency, Brig. (Rtd.) Julius Maada Bio, for his unwavering commitment to the fight against corruption. He referred to the event as historic, in the sense that, the formal opening of the North-West regional office has sealed the establishment of the ACC all over the country. "Our country has suffered a lot under the myth that nothing can be done about corruption; I want to challenge you all that something can indeed be done in rescuing our country from the cancer of corruption. All that is required of us all is unity of purpose", he said. Making an analogy of the Gospel of Christ, the ACC Czar stated that the Gospel of corruption had to be preached all over the country; and that the establishment of the office will serve as the temple where all indigenes of the region can commune to further the crusade against corruption. He ended by rallying the leadership and people of the North-West Region to continue providing the enabling environment and support to Regional staff of the ACC to successfully lay the foundation for a healthy and thriving nation.

The Deputy Mayor of the Port Loko City Council, Zacharia Bangura, referred to the occasion as a new dawn in the region, and encouraged all to join the fight actively, efficiently as corporate members of the ACC.

Councillor Hajaratu Kamara of Ward 234, Port Loko City, called on her colleague females to become players to clamp down on graft. "No nation can succeed in its development aspirations with rampant corruption in the public sector, " she added. She reminded all of how corruption served as a major trigger to the ten year senseless and bloody war in our country; urging all to make a commitment to never again go down that path.

The Resident Minister of the North-West North-West, HON. Haja Isata Abdulai, the distinguished guest at the occasion representing His Excellency the President, did the formal opening of the new regional office.

In her statement, she referred to the opening of the Port Loko Office as “the beginning of end" of rampant corruption in the region and termed the Anti-Corruption Commission as “a valuable partner" in President Bio's vision to transform Sierra Leone.

The North-West Region which covers Kambia, Karene and Port Loko Districts, is the fifth regional hub of the Commission; and was borne out of the desire to bring the work of the ACC to the door step of the newly established Regional hub; and consistent with the ACC’s strategic objective to making the ACC the People's Commission--  ensuring that all citizens are brought along in the national crusade against corruption.

The opening ceremony was attended by hundreds of guests, including Assistant Inspector General of Police of the North-West Region Jorwulor Ansumana Gbonnoh; Mohamed Kamara of Campaign for Good Governance and Chairman of Civil Society Forum; Augustine B Samura, Resident Magistrate of the Region, Augustine B Samura; Civil society activists, market women, school going pupils, University students; amongst others.

Newly appointed Manager of the North-West Region, Mr. Alhassan Sesay gave the vote of thanks; and assured all present that the fight against corruption in the region will be highly robust. He called on the residents of the region to Resist, Reject and Report corruption at all times, for the transformation of the region. 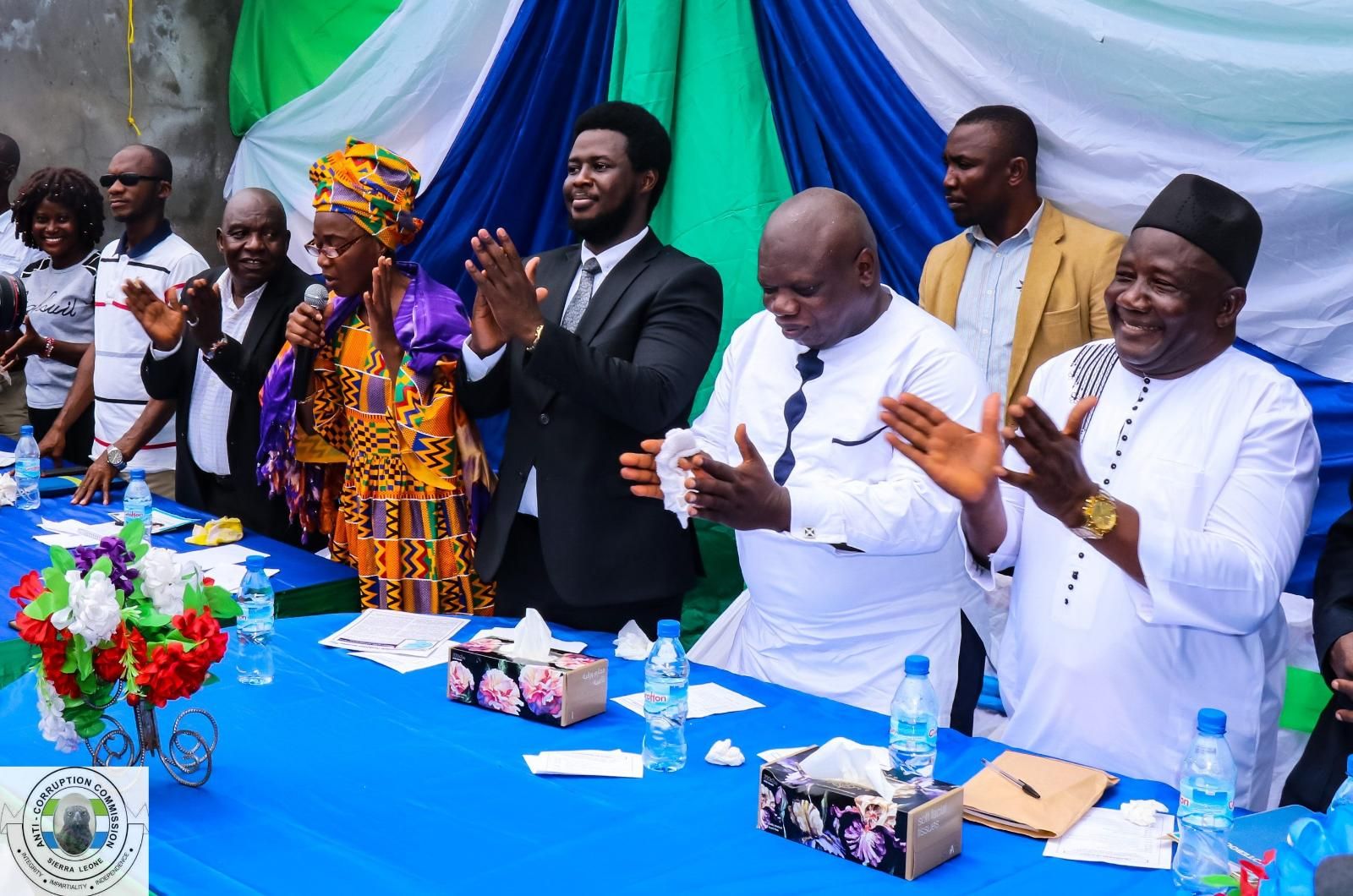 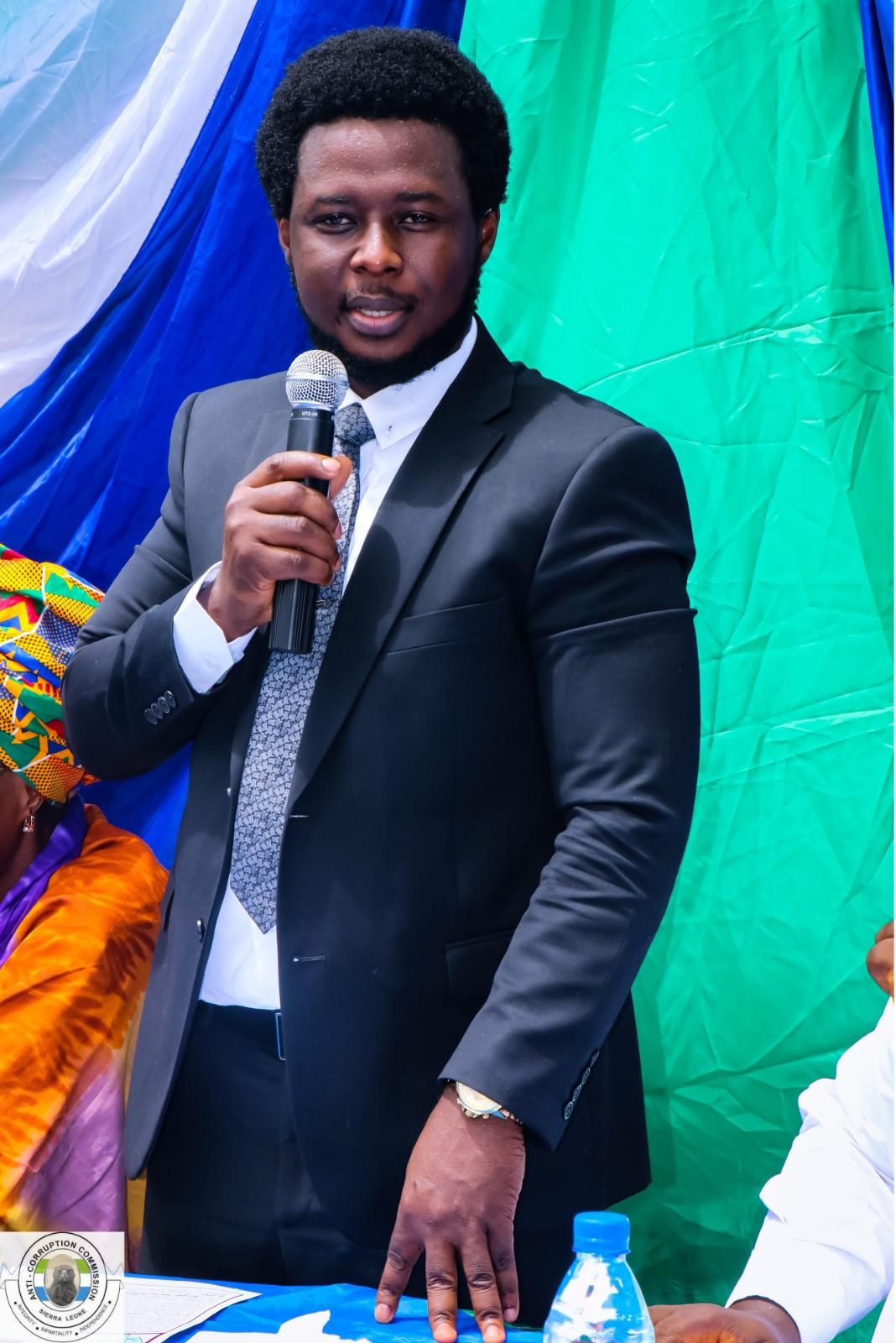 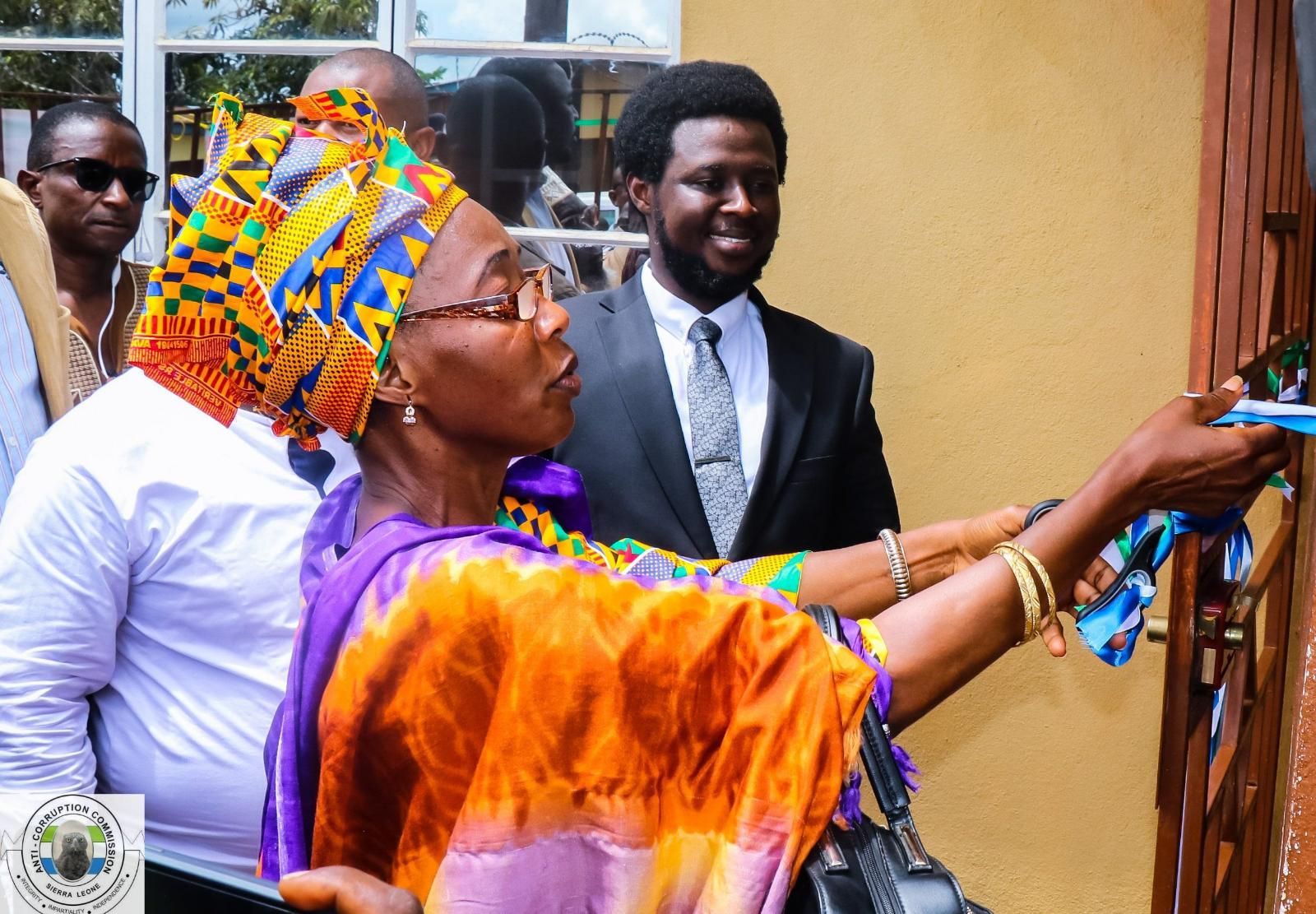