The Anti Corruption Commission (ACC) in partnership with the “The People Power Movement” (PPM), a consortium of over 50 Civil Society Groups across Sierra Leone, dedicated to promoting human rights, strengthening good governance and campaigning against corruption at all levels, through the over 196 non-violent People Power Approaches, have concluded the training of District CSO chapters that are part of the PPM on their expected roles and responsibilities in the fight against corruption.

The training which was funded by the Foundation for Rural and Urban Transformation (FoRUT) a member of the PPM attracted over 30 representatives of various CSOs in Kailahun and Tonkolili Districts held on the 30th June and 2nd July, 2021 respectively.

Alhassan Jalloh, the Advocacy and Communications Officer of FoRUT, declaring the purpose of the training stated that, the PPM and ACC were providing the requisite training for CSOs across the districts that will serve as “Toolkits” in their hands to enable them empower and muster public support for the fight against corruption.

In his opening statement, Ibrahim Kamara, National Chairman of the People Power Movement stated that the consortium which was formed in July 2016 has a vision to see a corrupt free and prosperous Sierra Leone, where good governance prevails and every Sierra Leonean enjoys their lives in dignity and prosperity. He stated that the movement seeks to mobilize and trigger grass root support towards reducing corruption and promoting good governance through non-violent approaches. Mr. Kamara stated that the PPM has since signed an MOU with the ACC, defining the path and trajectory of their partnership aimed at promoting the fight against corruption. He urged CSO members present to treat seriously the established PPM Chapters in the Kailahun and Tonkolili Districts and be committed to mobilizing the power and resolve of the people to address corruption issues.

Taking the Civil Society members through the training, Sylvanus Blake, Senior Public Education Officer of the ACC with vivid examples took his audience through the Overview and Operations of the ACC, the provisions in the Anti Corruption Act of 2008 and the 2019 amendment provisions and their significance to the fight against corruption, understanding the design, purpose and implementation plan of the National Anti Corruption Strategy 2019-2023 and its possible impacts on the fight against corruption and the expected roles and responsibilities of CSOs in the popularisation of Anti Corruption Laws and the Strategy to the citizenry as empowerment.

Elucidating on the practices that would constitute corruption for the understanding of the trainees, Sylvanus Blake stated that Part IV (Offences) of the Anti Corruption Act 2008 as Amended 2019 provides for a fine of not less than Le:50,000,000 or five years prison term or both, as one of the strongest punishment regimes for perpetrators of corruption. He stated that corruption in Sierra Leone is now a high risk with no reward venture, as amendment provisions now require for a mandatory 100% recovery of all funds held to have been misappropriated in addition to the minimum Le: 50,000,000 fines for each count of corruption. He also spoke on the power the ACC Commissioner now has to enter into Non-Conviction based asset recovery with persons after investigation who can pay back in full what they have misappropriated with a minimum of 10% interest and such persons would be barred from holding public office for a minimum of three years.

Blake stated that as gatekeepers of society, the Civil Society were obligated to be involved in the fight against corruption and to as well empower the public on whose behalf they advocate to take responsible and positive actions against corruption now, which he stated, is the greatest obstacle to Sierra Leone’s development. Blake called on the CSOs to utilize the knowledge acquired on what is corruption, its effects and how to fight against it, in the course of the training to sensitize and recruit the public against corruption.

The Chairman of Civil Society groups in Kailahun, Mohamed Kabba expressed deep satisfaction and appreciation over the training. He referred to it as one that was crucially needed if they were to work effectively. He stated that before now, when confronted on issues of corruption by the public, they were limited due to knowledge gap. He called on all to take the knowledge provided as their working tool in their campaign to advocate for the welfare and wellbeing of the people. Similar sentiments were expressed by other participants.

Questions and answer sessions, followed with the drafting of agreed Action Points for the two chapters concluded the engagements. 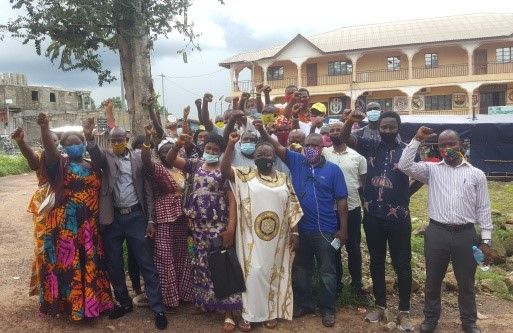 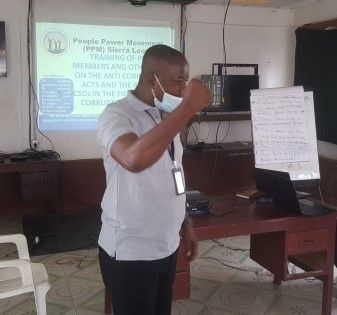 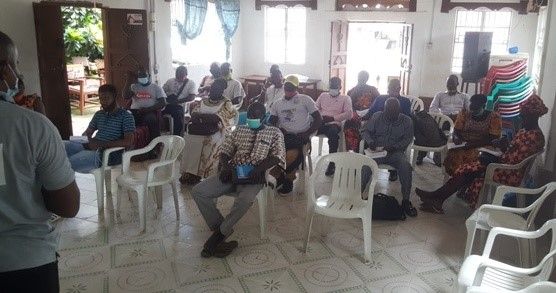 ACC CALLS ON HEALTH WORKERS IN KAILAHUN TO RESIST BRIBERY